Proposals all put forward to extend the riverside walkway 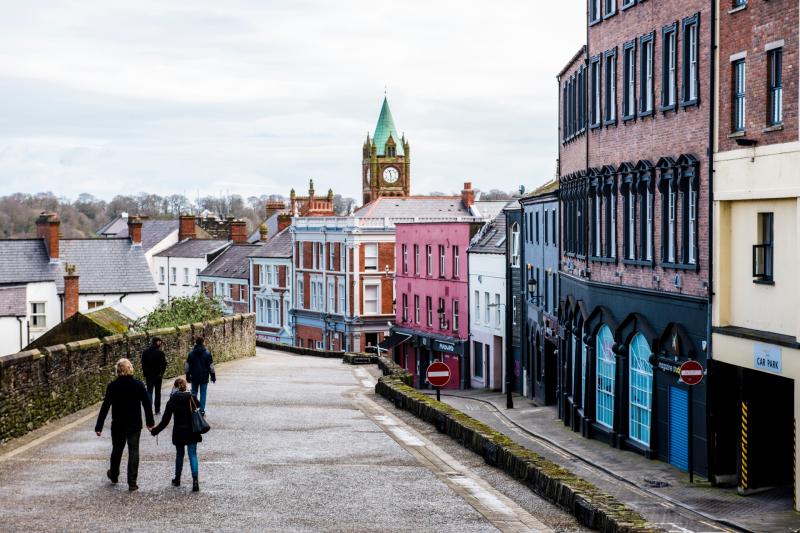 The plan is to reduce traffic within the city walls area.

Plans are being discussed to reduce the level of traffic within Derry's historic walls.

The proposal would have a major impact on life in the city centre.

The Infrastructure Minister Nicola Mallon said the aim of the plan was to create more space for pedestrians within the walled city area.

The Derry proposal is among a series of 'innovative green infrastructure initiatives' put forward by the Department of Infrastructure for different parts of Northern Ireland.

The Minister said: “Work will also begin in Derry to create extra space for people using the riverfront and in the weeks ahead, working closely with Derry City and Strabane District Council and other stakeholders, we will develop plans to reduce the traffic and improve conditions for pedestrians within the City Walls as businesses begin to reopen."

The Derry News revealed last week that a planning application has been submitted to construct a new footbridge to extend Derry's riverside walk in to Bay Road.

The proposed footbridge would be located at the Fort George corner of the walk.