Friends raise more than £2,000 in memory of Derry man killed in a cycling accident in Donegal

Adrian Mullan Sportive was a big success despite coronavirus lockdown 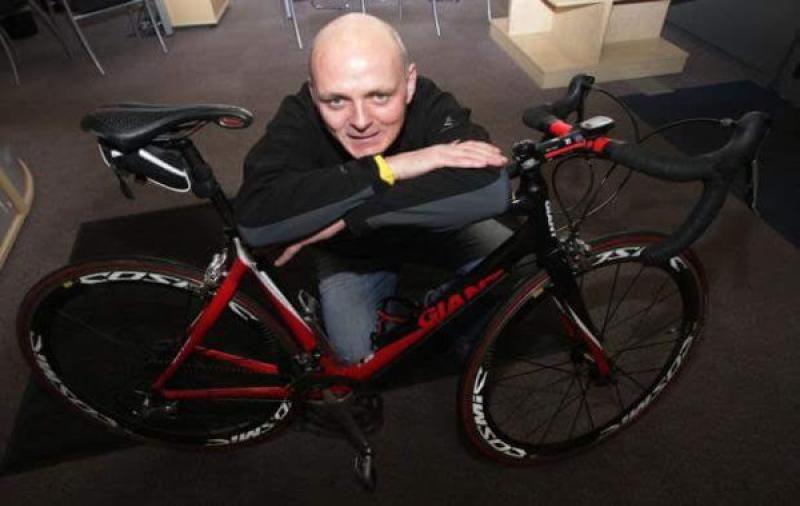 The money was raised in memory of Adrian Mullan.

A fundraising event in memory of a Derry cyclist who died five years ago has been hailed a big success.

Adrian was a popular member of Foyle Cycling Club and each year the club hold a fundraising event in his memory.

However, given the coronanvirus lockdown, this year's event was not able to go ahead as planned.

Instead, the local club organised the Adrian Mullan Sportive online this year.

On Saturday, April 25, cyclists from all over Ireland took part in the cycle event through the Zwift online portal

This allowed people to cycle together in real time from the comfort of their own homes.

The money will now be shared between the Irish Red Cross and the Foyle Hospice.

A spokesperson for Foyle Cycling Club said the two charities, like all other charities, had lost out badly as a result of the pandemic and that they are glad to be able to support them at this difficult time.

The spokesperson thanked everyone who had supported the event in memory of Adrian.

Meanwhile, the Foyle Hospice is appealing to people to come up with digital events that can help fill their fundraising shortfall.

As part of a new 'Get Active WITH US' campaign, the hospice is asking local coaches or instructors to hold digital classes or events in aid of their operations.

“This campaign will help raise vital funds as well as provide a way for the community to enjoy activities together while practicing safe social distancing.”

Details on how to support the campaign are available on the hospice's website.