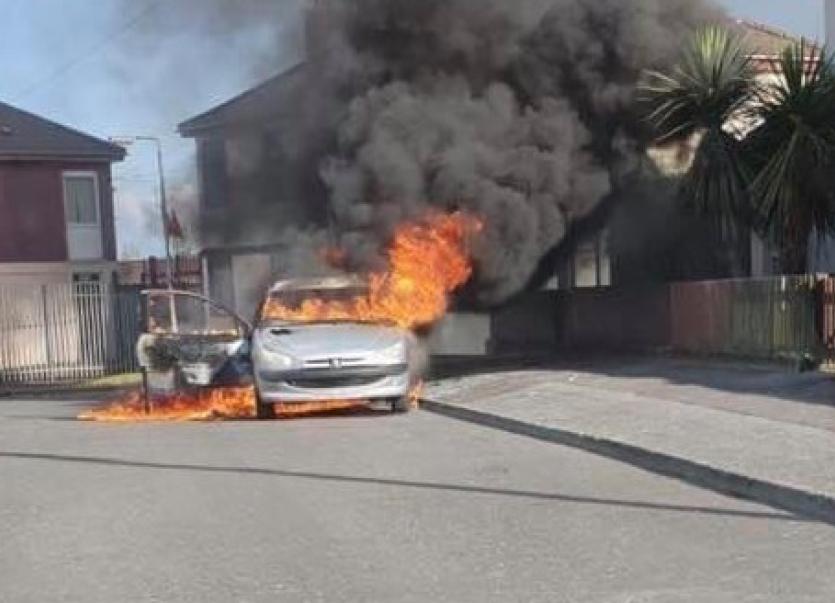 The car was set on fire in Creggan today.

Sinn Fein has criticised those responsible for setting fire to a car in Derry today.

The vehicle was set on fire at Cromore Gardens in Creggan this afternoon.

In a post this evening on the Facebook page of Junior McDaid House, an organisation which is linked to republican group Saoradh, it was claimed that 'Republican activists' were contacted this afternoon by 'concerned residents' of Culdaff Gardens following reports of 'ongoing anti community behaviour and subsequent death driving by known local criminals'.

The post stated that 'members of the Republican Movement responded to these concerns and destroyed the vehicle in question'.

However, the actions of those responsible for setting the car on fire have been described as 'wrong' by Sinn Fein Foyle MLA Karen Mullan.

Writing on Twitter, Ms Mullan stated: "The Creggan community has demonstrated over the Covid19 Crisis what it takes to protect & look after each other. R front line services do not need to be taken away from saving lives!"