Dana the Original Derry Girl being shown on May 11 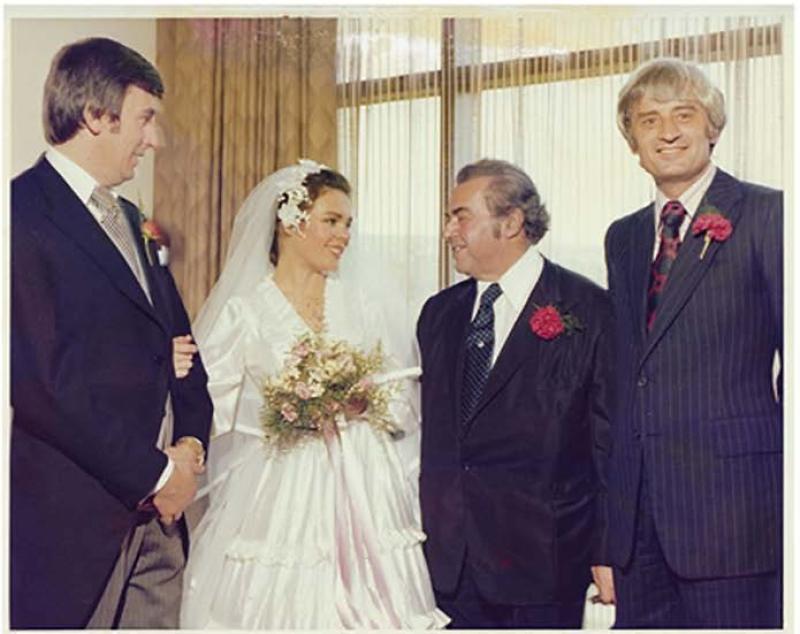 Dana and Damien on their wedding day.

Fifty years ago, an 18-year-old schoolgirl left the Bogside and headed off to Amsterdam to represent Ireland in the 15th Eurovision Song Contest. What happened that night was to change her life forever.

Dana the Original Derry Girl on BBC One Northern Ireland, Monday 11 May at 10.45pm, is a look back at that young schoolgirl’s incredible life story, retracing her steps to the stage of the RAI theatre, where against the odds she became Ireland’s first Eurovision winner.

At a time when the violent conflict of the Troubles was dominating the news and peoples’ lives back home, Rosemary Scallon, better known as Dana and often referred to as ‘The girl from the Bogside’  literally became a national hero overnight.

Dana relives that overwhelming moment on stage when she won, before travelling back to Northern Ireland to call at her old family home and visit her former school.

Studying for her A levels when she won, Dana was totally unprepared for the instant celebrity which followed. She recalls how the whirlwind of sudden success left her feeling lonely and isolated and how she tried to run away from it all one night.

That win was 50 years ago and the programme looks at the fascinating story of what happened afterwards, including her successful pop and TV career in the ’70s; her marriage to Newry hotelier Damien Scallon; her move to Alabama and into religious music with performances for the Pope, before entering the spotlight of Irish politics.

In this documentary, the highs and lows of her career are laid bare including Dana’s reflection on how, at the height of her career, a medical scare meant she couldn’t’ sing, and how the scary times which followed ultimately led to her marrying Damien.