Warning: People in Derry being contacted as part of a TV licensing scam

If you are contacted by the fraudsters, hang up or delete their emails 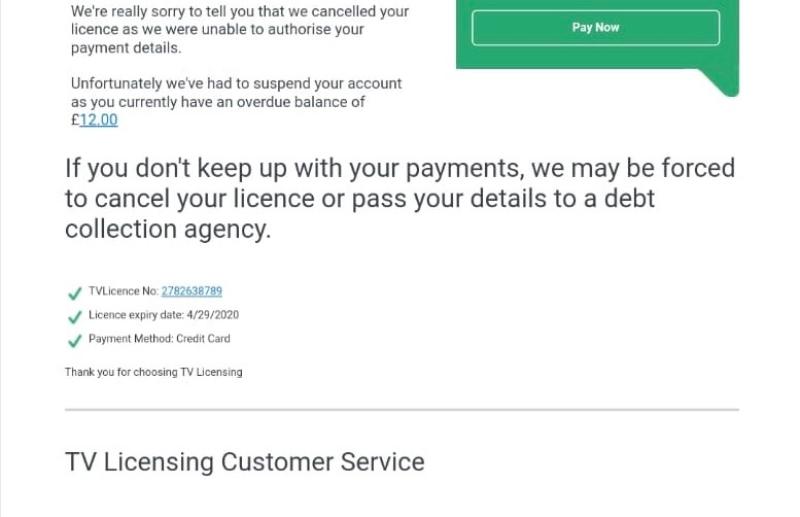 People in Derry have been warned to ignore a scam which claims they have failed to pay their TV licence.

Derry Now has been contacted by a reader who has asked us to highlight the issue to ensure that no one is caught out.

The reader received an email yesterday which purported to be from the TV Licensing authority.

The email stated that because she had missed a payment, her TV licence had been cancelled.

The email said that she could rectify this by making a payment immediately.

The woman said: "It looked very official and I am sure many people will believe that it is from the official TV licensing body.

"However, I knew it was a scam straight away because I pay my TV licence by direct debit and they would have never have been contacting me in this way.

"It is worrying though and no doubt some people who get the email might believe it is real and end up handing over money to the fraudsters."

As ever, the advice for anyone who receives an email or telephone call from someone claiming that they need to make an immediate payment is to ignore it.