“If you offered me £1m I’d turn it down, it would mean more to me to open those gates" - Etta D'Arcy 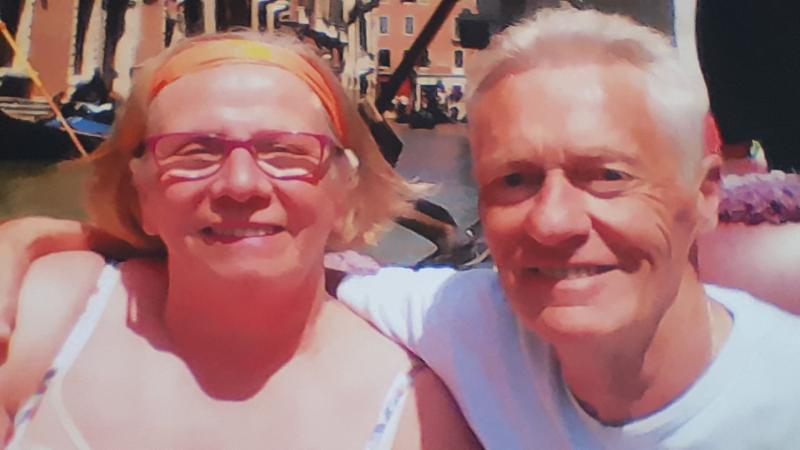 Etta D'Arcy pictured with her husband Hugh who passed away last year.

The Northern Ireland Executive is to meet today to consider whether cemeteries should be reopened.

Graveyards were closed to the public last month when coronavirus lockdown measures were announced.

The regulations were drawn up by the Department of Health but the executive holds the power to change them.

The DUP and UUP back the move.

The Alliance party and Sinn Féin have voiced opposition, while the SDLP is seeking health advice.

First Minister Arlene Foster has said she believes it should be possible to reopen cemeteries while Health Minister Robin Swann said he saw no reason not to reopen them, as long as social distancing measures can be implemented.

On Thursday night, Sinn Féin leader Mary Lou McDonald said there was 'room for consideration' on the issue, but that the final decision was one for the NI Executive.

Cemeteries in Northern Ireland are operated by councils but the executive holds the legal power over whether to reopen them.

Derry woman, Etta D’Arcy, lost her husband Hugh last August and expressed the heartache of being denied access to the cemetery to visit his grave.

Speaking to the Derry News this week, she said the issue has stirred up emotions in people across the city.

It is not about protesting, she said, but is instead an ‘emotional plea for compassion to open those gates and let us in’.

Mrs D’Arcy said she  is highlighting the issue for everybody affected.

She visits her husband’s grave twice a day and said, ‘it is my comfort’.

“I see other people in the same position, they are hurting.

"How can they stop people from visiting their loved one’s graves?”

While she recognises the importance of social distancing, Mrs D’Arcy feels that if people are allowed to walk along the quay and in parks then a cemetery should be treated no different because people are less likely to come into close contact with one another.

Due to current government and diocesan guidelines, wakes and funerals are being held in private, depriving extended family and friends of last goodbyes.

Wakes are seen as a significant step in the grieving process allowing people to express their emotions and share their pain with others.

But visiting graves can be of equal import to individuals and Mrs D’Arcy sympathised with all the families currently being denied that period of mourning.

Mrs D'Arcy added: “If they reopen my heart will lift.

“If you offered me £1m I’d turn it down, it would mean more to me to open those gates.”