Another accolade for Clare Gallagher 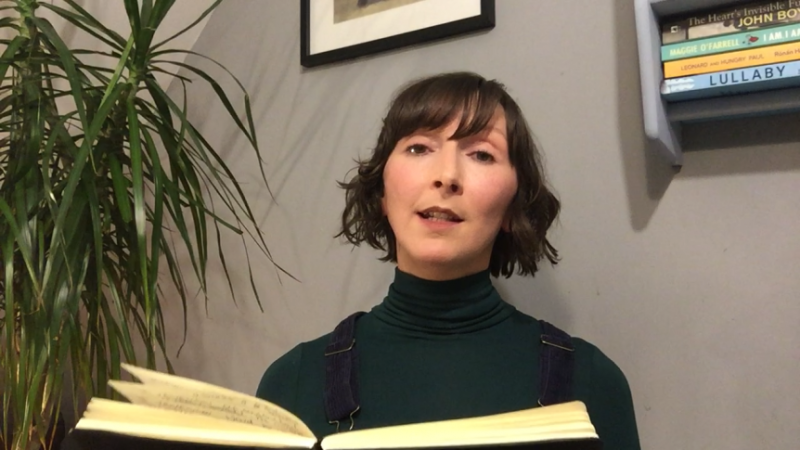 Clare Gallagher was the winner of Seamus Heaney Award for New Writing 2020.

A Derry woman has won a prestigious poetry award.

Clare Gallagher was this week announced as the winner of the Seamus Heaney Award for New Writing 2020 for her poem 'Meabh at a Mirror'.

The award is regarded as one of the most important in the world of emerging poets and carries with it a lot of prestige.

It is the only award which the family of Seamus Heaney, who died in 2013, have allowed his name to be associated with.

The Seamus Heaney Award for New Writing 2020 has been organised for the past six years by the
Community Arts Partnership with the financial support of the Arts Council of Northern Ireland.

People are initially invited to submit poems for a poetry book.

Judges then decide on a longlist of poems which go forward to be considered for the overall award.

This year, 14 poems made it on to the longlist.

Of these, Ms Gallagher's poem was chosen as the winner.

It was originally planned that the winner of the award would be announced at a ceremony at the Seamus Heaney Homeplace Centre in Bellaghy,

However, the event was cancelled as a result of the coronavirus pandemic and the winner was instead announced this week online.

It was the second major accolade for Ms Gallagher this year.

In February, another of her poems, The Clearance, was chosen as the monthly winner of the New Irish Writing award by the Irish Times.

As a result, the poem was published in the paper.

She writes both poetry and fiction and has been published in local anthologies and journals.

As a finalist in the Bath Spa 25-Word Novel Competition in 2017, her work was published in The Guardian and recorded by Jeremy Irons.

In July 2019, she was selected to attend a week-long poetry masterclass with Carol Ann Duffy and Michael Woods in Scotland.

Below is the poem for which Ms Gallagher won the Seamus Heaney Award for New Writing 2020.

Meabh at a Mirror

You lean over the pink plastic sink, smile at finding
yourself in a mirror. There’s nothing you don’t yet like.
I envy you your ease. You strike the tap
and it sings back,
This is the way
we wash our face.

The mirror is cheap and narrow but you may
get used to it; you will grow up in glass.
Each day, it will take a copy of you.
It’s just getting started. Bone structure. Eyes.
Symmetry. Skin.

You’ll take its likeness too: borrow
its tendency towards reflection, its ability
to hold when shattered, its need always
to give something back.
In time you’ll try to give these back,

only to number them
among the nonreturnables. And so
you will walk towards it, invite mirrors
into the rooms of your house, place them
where light is kindest

I can do little
about what you will see there.
And I am too early to speak
of shallow waters, you are young
and in love with yourself.

Instead
I turn the plastic tap
and we smile to the sound
of a tiny sink
filling with nothing at all.