"The city is like a ghost town so when you do see someone on the street you really notice." 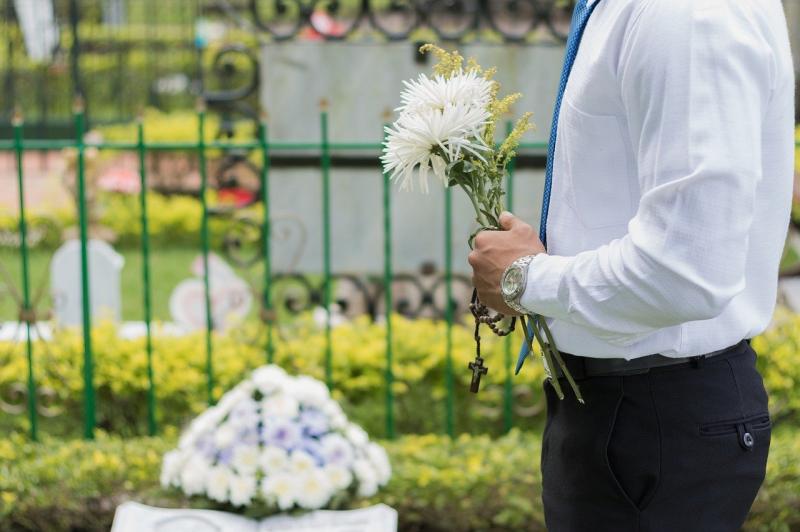 A Derry funeral director has encouraged people to form guards of honour for passing funerals to support families who do not have the comfort of a normal burial.

Kieran Connor of McClafferty Funeral Directors, which is based in Rathmor Business Park, said that by stopping and bowing their heads or blessing themselves they can send a message to grieving families.

"If we inform people when a funeral will be passing they can find a spot along the route and bow their head to show dignity and respect," he said.

Mr Connor said this could be done whilst respecting current government restrictions.

"People can still observe social distancing while doing this," he said.

"Everybody has been told to stay in their homes but this can be done from their garden or doorway if it is along the way.

"Or if you are out you can spread out along the route where the family can see you.

"The city is like a ghost town so when you do see someone on the street you really notice."

The Bogside community came out to pay their respects for a passing funeral earlier this week and it was greatly appreciated by the family conerned.

"The people of Westland Street stood at their doors and bowed their heads and it meant so much," he continued.

"People have also been lighting candles and sharing pictures on social media which another lovely way to show support."

Mr Connor said undertakers have to operate under strict guidelines when organising the funerals of victims of Covid-19.

"It is handled very differently," he explained.

"We are not allowed to prepare the deceased or present their body.

"The remains are not allowed to enter the chapel so there would be a small service in the chapel without the remains.

"Then the remains arrive at the chapel and the priest does the final commendation outside and follows the hearse to the cemetery where six people can go in for the burial."

The funeral directors must also wear masks and gloves when handling the coffin.

Mr Connor said the experience is 'extraordinarily difficult' for the families concerned.

"They want the best for their family member, and we all know what a funeral mass and burial should look like.

"For the families whose loved ones have passed away in a care home it's very, very tough because they won't have been allowed to visit them for weeks beforehand."

Mr Connor had special praise for the staff at Owen Mor Care Home in Culmore, where a number of residents have died in recent days.

"I can't speak highly enough of the staff at Owen Mor," he said.

"They have had a very difficult time, but the work they are doing and the care they are giving is amazing.

"They are frontline workers and I believe in credit where credit is due."

Mr Connor added he and his staff were working around the clock to be accommodating as possible to those who needed their services.

"I have a wife and three young kids at home and I do worry but we are taking every possible measure to keep everyone safe,” added the local funeral director.