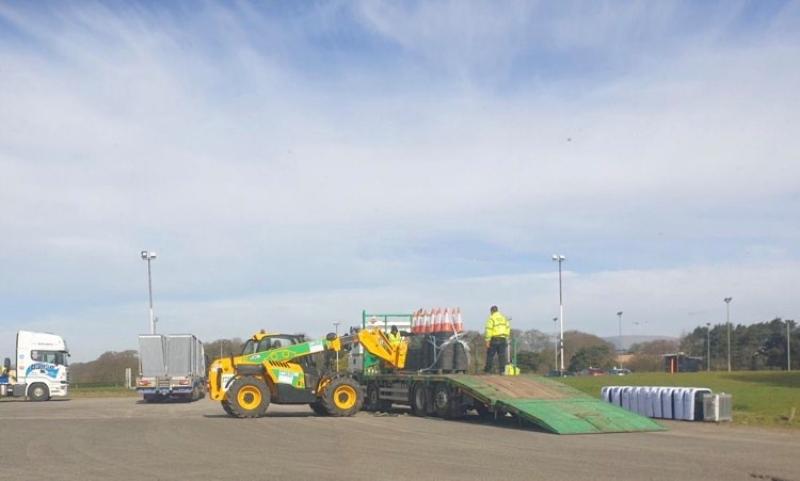 Work has begun on the new test centre.

Work is continuing on the construction of a new COVID-19 test centre in Derry.

As revealed by the Derry News earlier this week, the test centre will be based at City of Derry rugby club at Judge's Road.

The centre is expected to be operational from tomorrow.

While the Department of Health has yet to announce details about the new local test centre, it is understood that it will be for those working in the healthcare sector.

It is also believed that it will operate on an appointment system.

The new centre will be run allow the same lines as a test centre which was set up earlier this month at the SSE Arena in Belfast.