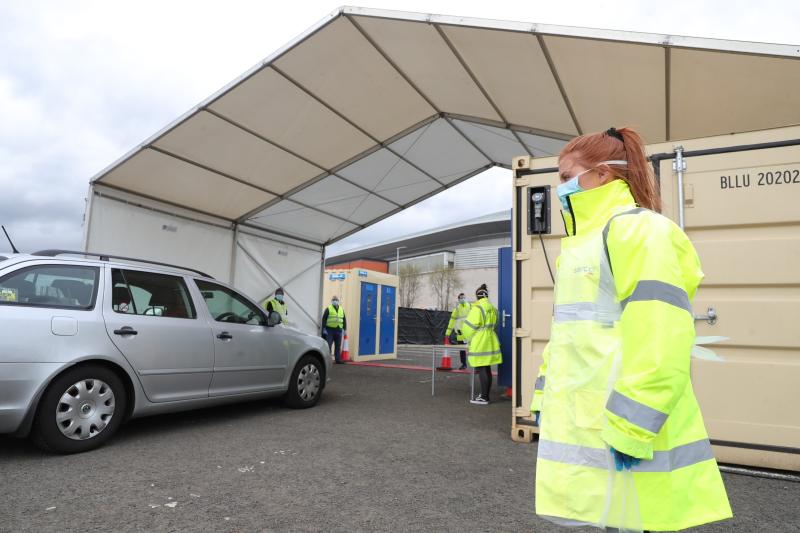 The test centre in Derry will be similar to one currently operating in Belfast.

A large COVID-19 test centre is to be set up in Derry in the coming days.

The Derry News has learned that final preparations are being made for the opening of the test centre.

The Department of Health said it will be similar in operation to a testing facility which opened at the SSE Arena in Belfast earlier this month.

While the department did not reveal where the local centre will be set up, the Derry News understands that City of Derry Rugby Club's ground at Judges Road is the preferred option at this stage.

The number of people who have died in Northern Ireland of COVID-19, the disease caused by the coronavirus, has risen to 118.

It is also understood that the new test centre in Derry will be for people working in all aspects of the healthcare sector and will operate on an appointment basis.

When contacted by the Derry News, a spokesperson for the Department of Health confirmed that plans are being put in place for new test centres in other parts of Northern Ireland.

“It is intended to open companion sites to the SSE Arena testing facility, starting in the west of the province,” the spokesperson said.

“Further details will be provided later this week.”

News about the local test centre came as a further 11 people died over the weekend from COVID-19, the disease caused by the coronavirus.

This brings to 118 the number of people who have died in Northern Ireland from the disease.

Testing has confirmed a further 1,800 positive cases in Northern Ireland.

In the Republic, there have been 334 coronavirus-related deaths.

Many medical and disease control experts have said that testing is a key area in tackling the spread of COVID-19.

Speaking earlier this month when the new test centre opened in the grounds of the SSE Arena in Belfast, the Health Minister Robin Swann acknowledged the importance of testing.

“Staff testing numbers are expanding and will continue to do so as rapidly as possible.

“I fully understand the frustration that we have not been able to scale up testing numbers more quickly.

“This is not down to a lack of will or action. There are significant challenges including laboratory and staffing capacity and the unprecedented levels of global demand for testing reagents and swabs.”

The Health Minister added: ““I am confident we will make significant progress on staff testing in the days ahead. But I want to be totally frank about the pressures that exist. If there were quick fixes available, I would certainly have used them.”