The talented tenor is riding high in the world music charts 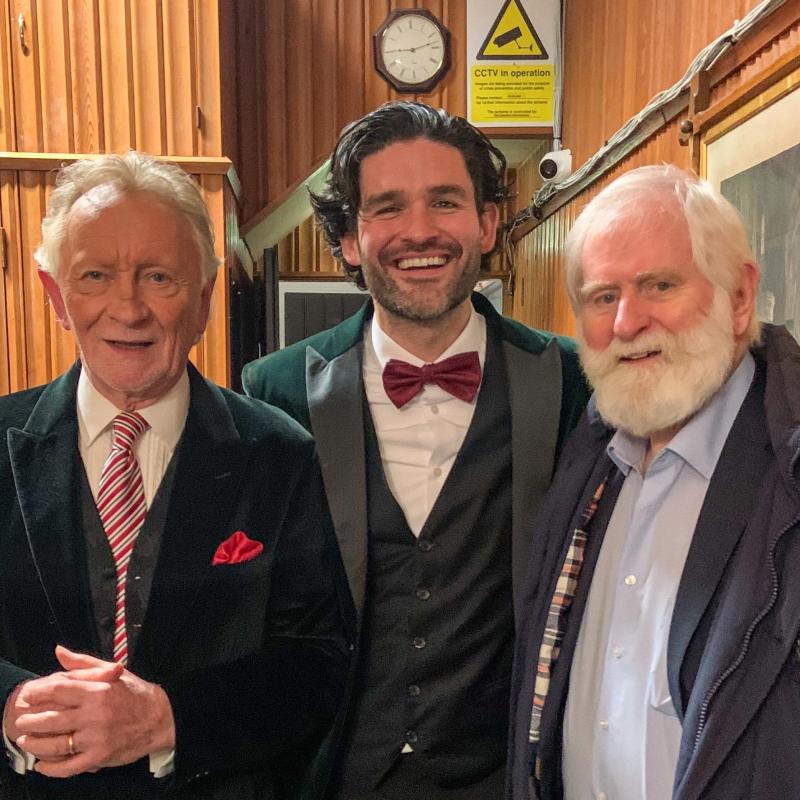 Phil Coulter, George Hutton and John Sheahan of The Dubliners.

He sang in the school choir at St Eugene's PS, but fell away from music as a teenager before finding his voice again aged 20, first in the Encore Contemporary Choir, followed by the Ulster University Choir.
"The Ulster University Choir changed things for me," he says.
"Dr Sean Ryan was the musical director and it was him who encouraged me to take this further
"I joined the BBC Youth Chorus at 21 and then I went to Dublin and joined Anuna which was my first real taste of touring.
"You learn a lot in choirs and you make a lot of friends.
"You are learning and developing all the time.
"You get better at reading music and your ear improves and that's all completely transferable to being a soloist.
"There were so many people at that time telling me that this was what I needed to do."
George got his big break signing with the Five Irish Tenors when he was in his early 20s, and his cousin the singer songwriter Noella Hutton was on hand to help and guide him.
"She's a really successful singer and had supported Sheryl Crow and been signed to labels like Universal so she really knows the industry," he says.
"She said to me 'what does it say in your contact? Are they giving you this, are they giving you that?'
"I said 'don't worry it's with Columbia' and she said 'I don't care who it's with, you need to know what's in your contract."
"That's what I love about Noella. She takes no shit!"
Just before the corona virus struck George ticked another item off his bucket list singing with The Priests in Derry's St Columb's Cathedral where he was accompanied by pianist Ruth McGinley.
"I'd always wanted to perform with Ruth, she's widely regarded as one of the best pianists in the world.
"She's used to playing Rachmaninoff and she was accompanying me," he laughs.
For now George is keeping busy plugging his album online and enjoying spending time with Megan.
"The most important thing is people's health," he says.
"My brother Christy is a doctor and has a private clinic in Belfast but he's going back to help the NHS, which is going to be terrifying.
"I'm just down here in Navan going for walks
"I'm grateful that I have an album to plug and something to give me a creative outlet."
George's second album 'Home' is out now on iTunes, Spotify and Amazon.