His new single was released this week. 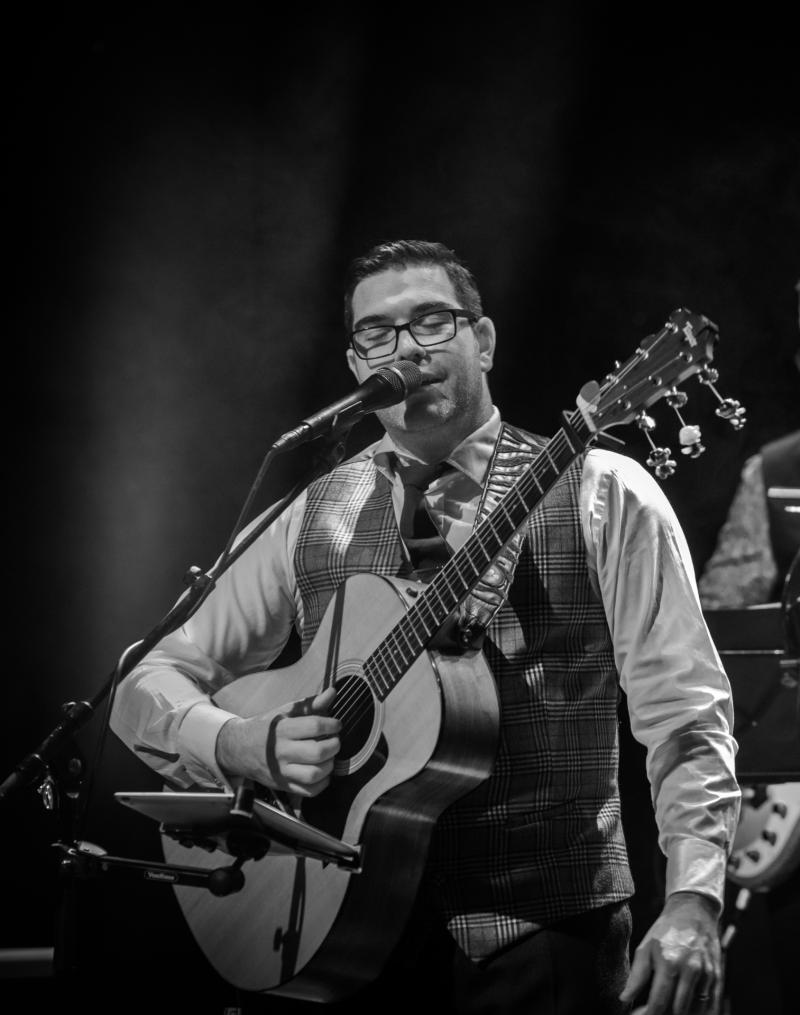 A County Derry musician who tragically lost his son in a road accident has rediscovered his love for music and is set to launch a new album later this year.

James Bradley’s son Daniel lost his life when he was hit by a passing car on the Glenshane Road in 2018, and the Maghera man says the impact of Daniel’s death was huge.

“I suppose I just lost it a bit,” he told the County Derry Post.

“Music is important, it takes you through everything, happy and sad times. For me it was more dealing with the trauma and just not wanting to start. I was stuck in that grief.

“You have a choice to make. Do you lie around and feel sorry for yourself or do you get on with your life?”

James, who also teaches music in schools throughout the county, said that when he felt ready, music played a crucial role in helping him get back to a level of normality.

“It was very therapeutic,” he said.

“The help of friends and family was crucial in getting me back teaching again and out and about on the music scene, but once I found it again, it was a beautiful place to be.

“My steer on it was that I can’t live like this for the rest of my life. It would have been selfish for me to focus on my grief and not be helping others around me.

Losing his son in such tragic circumstances has given James a new perspective on grief and how people can experience it in different ways.

“Daniel is such an inspiration for me. He got out of bed every day and I’m sure in his wee head he was thinking ‘let’s try this again’ because his world was so different to ours.

“He’s always there in the back of your head. Not a day goes by when you don’t think about him, laugh or cry.

The album is entitled ‘Back to Being Me’ and is due for release in July, but the first single, ‘The Calm After the Storm’, is available to stream now.

James insists that, although the tragic events of his son’s death inspired the album, the focus is on the positivity that lies ahead.

“We always talk about the calm before the storm, but everybody forgets the quiet time afterwards. That’s not to say that the storm is over, it’s not plain sailing.

“There are songs on the album about looking forward and moving into a new day. It’s about finding the good in your head and focusing on it rather than focusing on the dark.

“It’s a nice place to be at the minute.”