Sister Catherine O'Mara has passed away at the age of 93 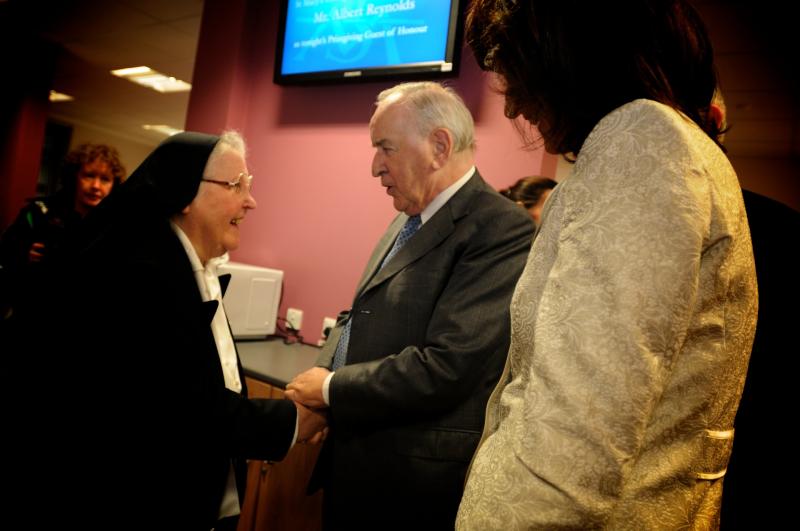 Tributes have been paid to a well-known former teacher at a Derry school.

Sister Catherine O'Mara passed away yesterday and was buried today.

Sister Catherine was one of the original members of staff at St Mary's College when the school first opened in Creggan in 1959.

Before that, Sister Catherine had taught at Thornhill College and St Eugene's Primary School in Derry.

She had also taught for a period in Moville, County Donegal.

However, it was at St Mary's where she spent the majority of her teaching career and where she is fondly remembered by past pupils and staff members.

Sister Catherine was born in the village of Doon in County Limerick.

She went to university in Dublin and graduated in 1943.

Shortly afterwards, she joined the Sisters of Mercy order and came to live in Derry, in the former convent building in Pump Street.

Derry was to be her home for the remainder of her life.

"Sister Catherine taught her pupils with the greatest dedication, great feeling and she instilled in the girls in her classes a wonderful love of language," he said.

"As a teacher, she is remembered by past pupils and members of staff at St Mary's as kind, especially to those of her pupils with learning difficulties."

As a result of the ongoing coronavirus pandemic, Sister Catherine's funeral service was only attended by a small number of people.

However, Father Clerkin said they looked forward to holding a memorial Mass in her honour when the current situation improves.

Sister Catherine was laid to rest in the cemetery adjoining Thornhill church.