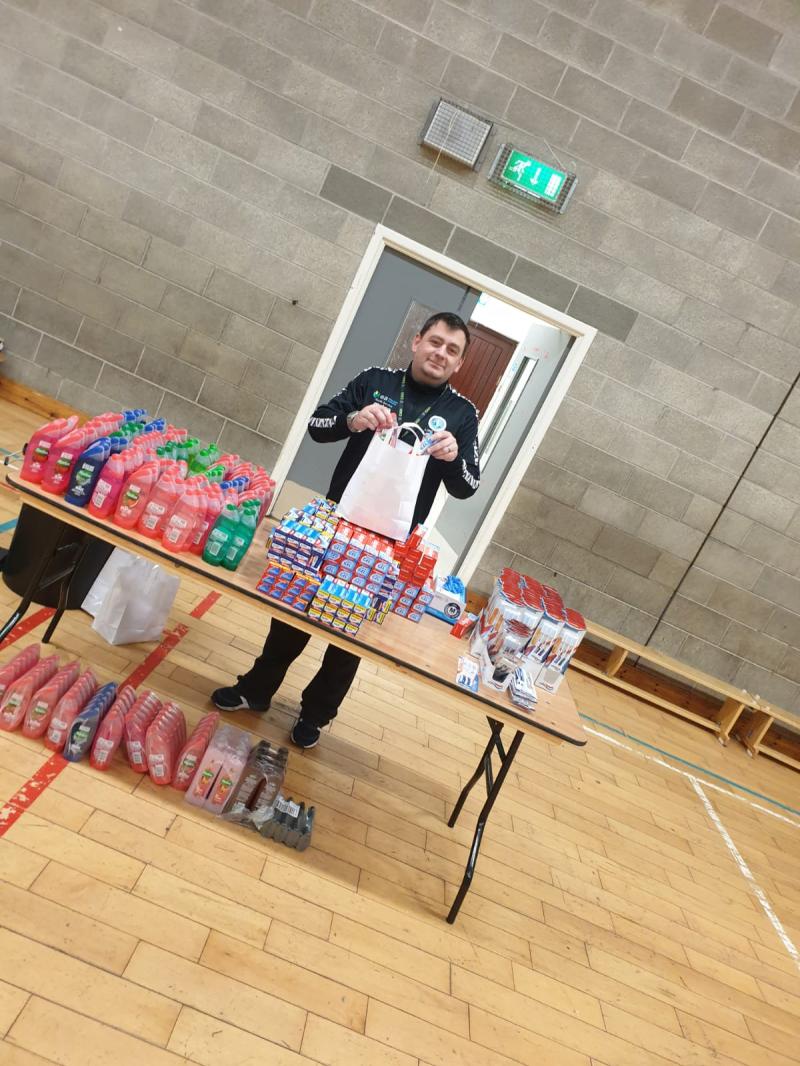 An app designed by Derry youth workers to help young people stay connected during isolation is being rolled out across the North.

Staff at the Long Tower Youth Club designed the 'Stay Connected' site to help its members who can no longer visit the club.
Youth Club leader, John Lynch, said it has helped young people aged 9 to 25 to access help and support during what has been a very challenging time.
"We always had an open door policy here and now it has been shut down for the foreseeable future," he explained.
"When this all started there were a lot of mixed messages going around about how to stay safe and there was a lot of moral panic too and young people were  asking themselves if they were doing the right thing."
In response, the Long Tower Youth Club teamed up with the Education Authority (EA) to design an app where young people could get reliable information and be signposted on for further help if necessary.
"We have been working closely with Arlene Kee, Director of Youth Services at the EA who has been a real driving force in this," said Mr Lynch.
"We sat down with Paul Deehan from the EA and within two or three hours we had 'Stay Connected'.
"The young people are absolutely loving this new platform.
"It was something that we had been aiming to do over the next few years any way, but we were slightly risk averse about it.
"But due to what's happened we needed to push forwards into this area."
Stay Connected has information on how young people can stay safe and active, alongside educational resources and internet safety advice.
It also provides a way for young people to access help and support.
The app was launched across Derry and Strabane last week and had 92 referrals, with 13 young people referred on for one to one mental health support.
Due to its success it was made available across the North yesterday.
"You don't have to be affiliated to a youth club to use it, it's for everyone," said Mr Lynch.
"The app has mapping systems so we can get someone from their area to make contact.
"The young people can choose what area they want to see and the support they want to see."
Long Tower Youth Club has also launched an online classroom using the Zoom app, which allows large groups to video call each other.
And members who are abiding by advice to stay home have been awarded certificates for being socially responsible.
The club has also put together 'connection kits' with toiletries, hot chocolate, playing cards and crayons to help members who are isolating.
Meanwhile, the staff have teamed up with Moor Community Response to create food hampers for people in need.
The Long Tower Youth Club is also streaming entertainment with magic shows, story telling, dance lessons and fitness classes which will be available on the Education Authority's YouTube channel.
For more information on Stay Connected see www.youthonline.org/ stayconnected