The quiz goes out live three times a week. 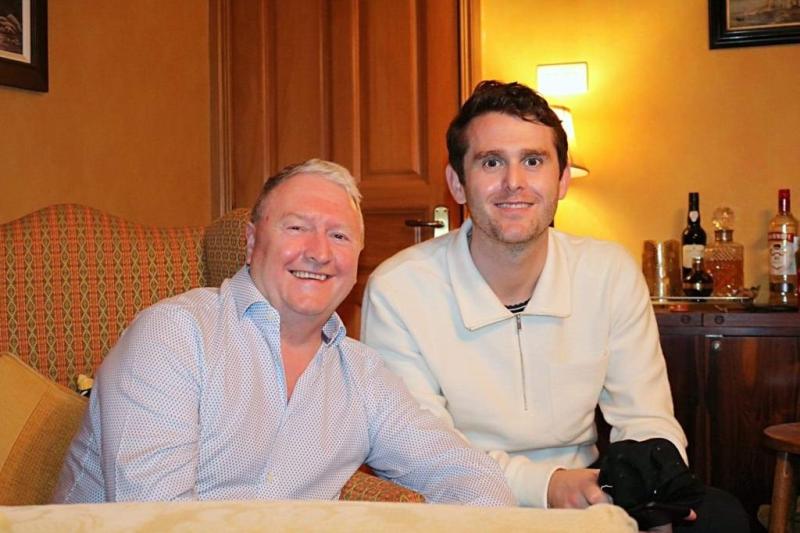 Vincent's son Josh has been tuning in from across the Atlantic.

A local quizmaster is encouraging people to connect with each other during lockdown by hosting live, interactive online quizzes.

Vincent Rainey, from Dunloy, Co Antrim, began hosting the quizzes from his Facebook page last week, with much of the country already in self-imposed lockdown.

The mortgage advisor says the idea stemmed from a throwaway comment while enjoying a glass of wine with his family to relieve the boredom of lockdown.

He said: “Catherine, Lauren and I were having a chat over a glass of wine.

“Quizzes are my hobby and I just had this random notion about doing a live broadcast, which I’d never done before.”

Engagement was central in Vincent’s thinking when building the idea. He wanted to ensure that those living in isolation, particularly those living alone, had access to some interaction.

He said: “A lot of people are on their own and I want to try and make sure that they are socially involved, particularly those people who are really on their own.

“It’s about figuring out ways for people to communicate with their friends and family, so they are not isolated.”

The quiz was launched on Saturday, March 22 and over 200 people tuned into the online broadcast, but Vincent says he had a bit of homework to do before he got going.

“I YouTubed it,” he admits.

“I have loads of content, having done this for a number of years, but I’d never done a live feed, so I had to figure out even how to do that!”

The Dunloy man says the experience of hosting an online quiz is a different experience for someone used to the more social environment of a pub or hall.

“I was quite apprehensive doing it online for the first time,” he said.

“In a pub, or on a stage, you can gauge your audience, so you know if they’re engaged. You can tell by body language their level of interest.

“The only way you can check online is through comments and reactions, but that’s good because you want to know you’re not making a complete ass of yourself!”

Watching along in another room in the house is Vincent’s wife Catherine and daughter Lauren, and with the help of technology, son Josh joins them from Canada.

“We just go into a different room and it all works well,” said Catherine.

“Our son lives in Winnipeg, Canada and got in touch through Facebook Messenger. On one phone we had the quiz coming up and on the other we had a live chat open with Josh.

“That conversation makes things much easier and much more satisfying. You can see the other person’s face and engage.

The quiz’s reach is growing steadily, with Saturday night engaging over 500 eager participants, and Vincent is beginning to reach a global audience from his kitchen.

He said: “I saw messages from New York, Houston in Texas and there was someone else joining in from Chicago, so there is beginning to be an international feel.”

You can increase the Derry contingent by getting involved. See details of the next online quiz by visiting Vincent’s Facebook page.