Orla Mullan and Keith Lynch had been looking forward to the happiest day of their lives. As they tell Marianne Flood, all that has now changed. 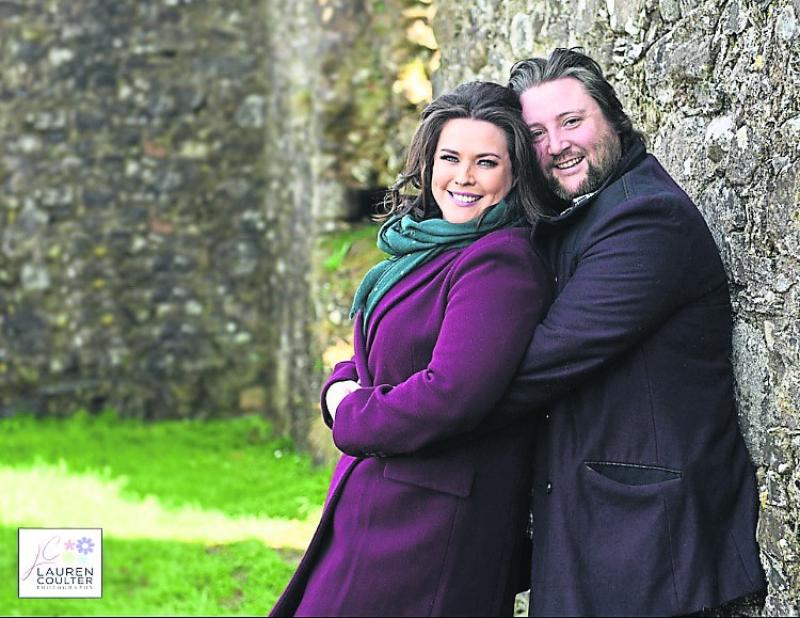 Orla Mullan and Keith Lynch were in the final stages of planning their wedding in Donegal next month.

A Derry couple who had to call off their wedding just three weeks before their 'big day' because of the coronavirus shutdown have vowed to stay positive.
Orla Mullan and Keith Lynch, who are both actors, met during the 2013 City of Culture celebrations in Derry.
Local audiences will know them from pantomine at the Millennium Forum, where Keith has played the baddie to Orla's goodie on a number of occasions.
The couple had been gearing up for their wedding In Downings in Donegal for the last 18 months.
But last Friday, just 48 hours after Orla's final dress fitting, they came to the heartbreaking decision that it would have to be cancelled.
"We couldn’t believe it," she said.
"I think a state of shock took over those first couple of days and of course, there were a lot of tears - it just felt like such a blow so close to the date.
"But we knew that it was absolutely the right decision.
"It was almost taken out of our hands - it was totally clear that it simply was not an option to go ahead. We weren’t willing to risk the health and safety of our family and guests."
The couple had invited a lot of guests from England and were worried about how safe it would be for them to travel.
"The majority of my bridal party which includes my sister and nieces were coming from England, one groomsman was coming from England, another was on lockdown in Spain and one of my best friends wasn’t able to fly in from the USA."
Orla, who will be starring as DS Roz McFarland in the upcoming season 3 of ‘Marcella’ on ITV, said it was the right decision to postpone their wedding.
"It just wouldn’t have been the day we had planned and we knew there wouldn’t be the same joy in a compromised version of the wedding we had hoped for.
"We had high numbers so we didn’t even consider cutting it down to under 100 people.
"We both agreed that when we were going to do it, we would do it right and as we imagined."
The couple have been making efforts to reschedule, but with uncertain times ahead due to the coronavirus it has proved  difficult.
"Sadly, it’s looking like it may be another year now until we make it official," said Orla.
"But we have to keep perspective and are very aware of how lucky we are - we have each other and that’s what’s most important.
"Our main thank you has to go to our amazing parents, siblings, extended family and friends whose support has been amazing.
"When the big day finally comes, we know it will be all the more special."
The couple have had to suffer a double whammy, with all their bookings as singers and actors cancelled for the foreseeable future.
"What has been especially tough is, almost immediately, it went from being a personal devastation, to a professional one too," explained Orla.
"We are both self-employed performers and almost all of our work until September has been completely cancelled.
"The stress this has added on an already upsetting situation has been proving really tough.
"So many of our friends and colleagues have lost all their work too and across the board the arts have been hit very hard.
"It is going to be very difficult to come back from it for arts organisations and freelancers - we are a resilient community but it is financially very worrying and a testing time to keep ourselves mentally healthy when these continuous cancellations make the future look very bleak and with the very limited support options available for the self-employed."
Orla is also part of a swing music trio, The Swingtime Starlets, who have performed at the likes of the Jazz Festival, Bishop’s Gate Hotel, the Halloween celebrations and the Walled City Tattoo.
"We were working up to what would have been the busiest week we had ever booked with VE Day 75 coming up in May, among many other booked gigs, and they have sadly almost all be cancelled.
"Each day more and more cancellations come in, it is really soul destroying.
"We can only hope that when this difficult time passes, we will be able to come back stronger.
"As long as we stick together and try and stay positive, we just have to ride it out and hope for brighter days ahead.
"The effect it has had on life as we know it, across the world, is devastating and has left us certainly feel like we are living in a bad dream that we aren’t waking up from.”