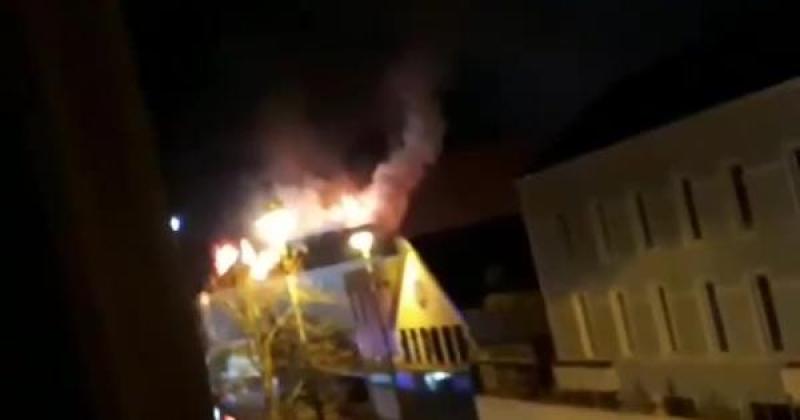 The fire at the Envy Nightclub at its height.

Detectives investigating a fire at Envy nightclub at Strand Road in Derry on Thursday, January 9, have charged a 21-year-old man with arson.

He is due to appear at Derry Magistrates Court today.

The local nightclub was destroyed in the attack earlier this year.

The building was subsequently demolished.

Traffic was also diverted away from this area of Strand Road for several weeks because of the condition of the nightclub building.