Derry News has a new look 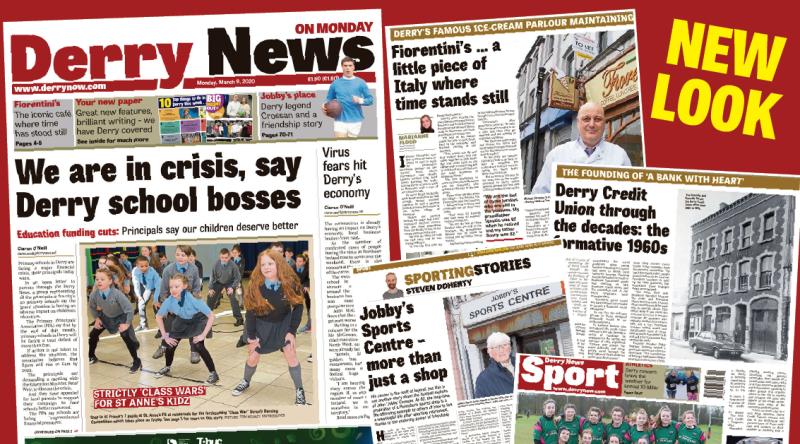 The Derry News has a new look.

As well as a bright new appearance, the paper has introduced a range of new page designs and a number of new features.

In today's edition, there is a great feature by Marianne Flood on pages 4 and 5, telling the story of the famous Fiorentini’s cafe which has served generations of families in Derry.

There is also a fascinating article on pages 30 to 33 about the early days of Derry Credit Union, an institution which has played such a key role in so many people’s lives over the last 60 years.

And, in the new Sporting Stories feature, Steven Doherty spends an afternoon in Jobby Crossan’s shop in Pennyburn where he learns a bit about football but much more about friendship.

On the news front, there are reports on a range of important local stories, including apartment plans for a key riverfront site in the city and the fact that an eyesore building in the city centre is to demolished.

In sport, Gary Ferry has an in-depth report and all the reaction from a packed weekend of sport, including Derry City's disappointing defeat against Waterford.

There is also extensive photographic coverage of the Walled City 10 Miler held at the weekend.