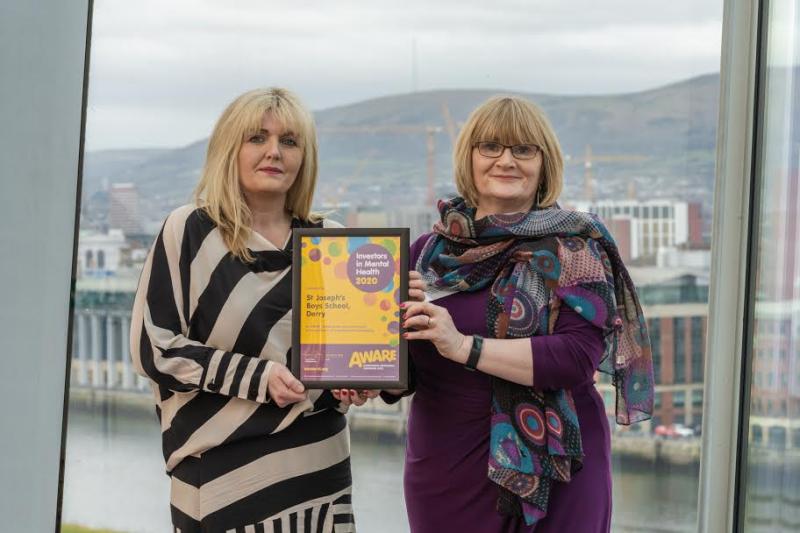 Six Derry schools have been recognised for their efforts in dealing with mental health issues.

The Investors in Mental Health Awards is a new initiative developed by AWARE with the aim of providing recognition to schools, individuals or organisations who are making a significant contribution to the promotion of positive mental health in Northern Ireland. Schools and companies from all over the country attended the awards ceremony which was held in the Bridge Suite of the iconic Titanic Belfast.

The Derry schools were each awarded an Investors in Mental Health Award for hosting AWARE mental health awareness programmes such as Paws b Mindfulness or Mood Matters for Young People, which have been delivered to pupils.

The schools were also recognised for hosting public talks for students or setting up support groups for young people.

The Investors in Mental Health award will enable them to showcase their strong pastoral care system.