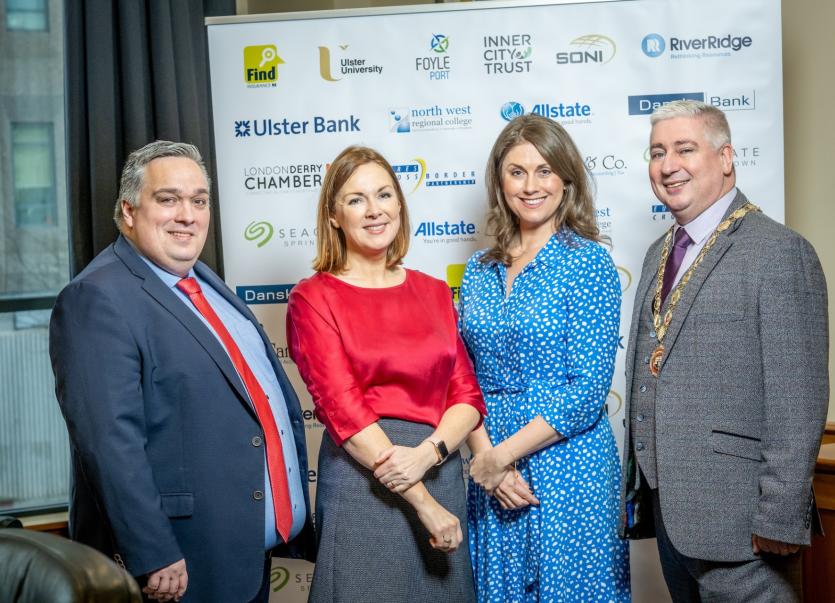 Business chiefs in Derry today called on the Northern Ireland Executive to do more to support the local economy.

The President of the Londonderry Chamber of Commerce called on ministers to ensure the restored Executive follows through on key pledges for the North West made in the recent ‘New Decade, New Approach’ agreement.

Chamber President Redmond McFadden made the comments to over 200 business leaders, politicians and invited guests at the Londonderry Chamber of Commerce’s Annual President’s Lunch in the City Hotel this afternoon.

The ‘New Decade, New Approach’ deal, agreed by the British and Irish governments and the main local parties, makes several commitments to the north west including the expansion of Magee University, the creation of a Graduate Entry Medical School in the city, infrastructure improvements like the A5, and the delivery of the City Deal.

Mr McFadden said last year was a 'challenging' one for businesses in the north west.

“Brexit uncertainty and the absence of the Executive put serious pressure on companies across Northern Ireland and our members experienced increased strain over the past year.

“2020 has already shown green shoots of optimism with the return of the Assembly and the commitments made by the new Executive which could transform the North West.

“We were glad to see Finance Minister Conor Murphy commit the Executive to matching the £105m already committed by the UK Government to deliver the City Deal for Derry and Strabane. We will be working closely with all parties to ensure this becomes a reality.

“While the UK left the EU at the end of January, the UK Government’s announcement last week that it is prepared to walk away from trade talks by June is hugely concerning for businesses across the North West, especially those who trade and travel across the border.

“Over the next nine months, Chamber will be working hard to ensure businesses in the North West have access to unfettered trade across Great Britain, the EU, and beyond.”