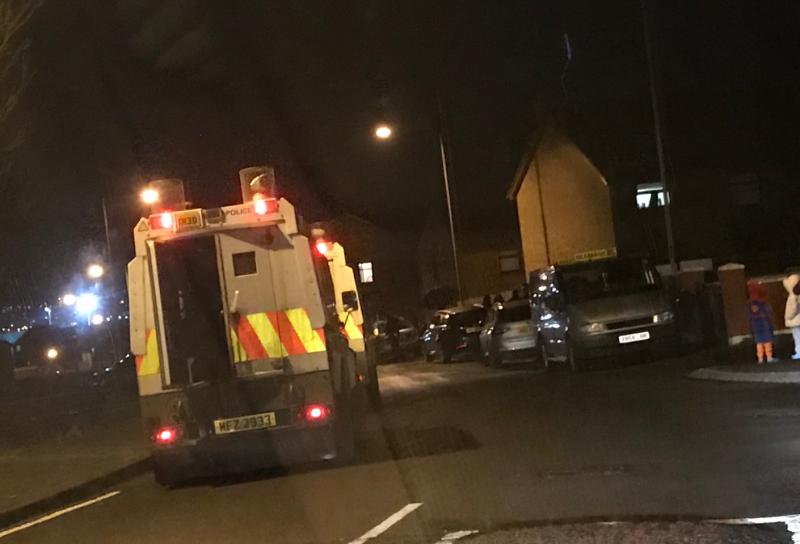 One of the police landrovers at the scene in Ballymagroarty last night.

Police are appealing for information after shots were fired during an incident in the city last night.

The PSNI said that at around 9pm they received a report that masked men had fired a number of shots in the Ballymagroarty area.

A police spokesperson said: "We are extremely lucky that no one was injured as a result of this incident which occurred in a residential area.

"I would appeal to anyone who witnessed the incident or anyone who has information that could assist police with their enquiries to contact police on the non-emergency number 101 quoting reference number 1829 of 04/03/20 or Crimestoppers on 080055511."

It is understood the police investigation is centred on a house at MacNiece Close in Ballymagroarty.

"It appears several masked men arrived at the property this evening and tried to force their way in.

"They then proceeded to break a number of windows. It's also reported that several shots were fired.

"Thankfully the tenant who has only recently moved into the area was not at home. Those responsible have nothing to offer the local community and should get off the backs of the people of Ballymagroarty.

"The local community is in the process of organising a series of events to celebrate the 40th anniversary of the estate and this incident stands in stark contrast to the positive work that has been taking place."