Appeal to parents to speak to their children about 'pranks' 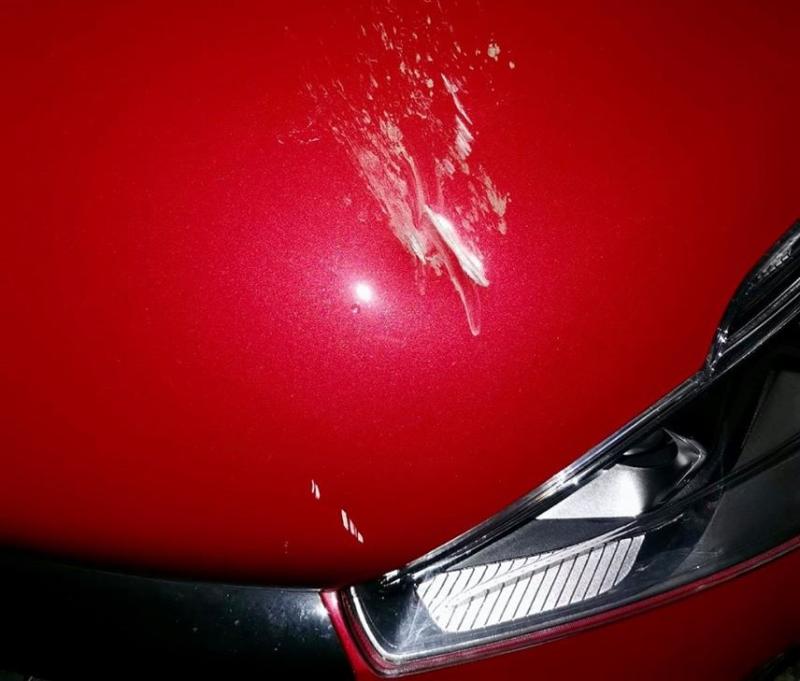 The damage caused to the car when it was attacked in Derry.

Police have warned of the possible fatal consequences of attacks on cars in Derry.

It follows an incident last week when a car driving along the Racecourse Road towards Skeoge Road was struck by a large item, believed to have been a brick or a rock.

Slight damage was caused to the front of the car.

However, a PSNI spokesperson said there could have had much worse consequences.

"Obviously the damage is infuriating but more significant to the victim is the fear of it happening again and the fear of what might have happened; say if the brick had gone through her window.

"This is likely children playing ‘pranks’; ensure that you educate your youngsters that this behaviour is not remotely funny and could result in someone receiving serious injuries or worse."

The attack on the car happened at 8.30pm on Thursday, February 27.

"If something similar happens to you, even if it is a near miss, make sure you give us a call," added the police spokesperson.