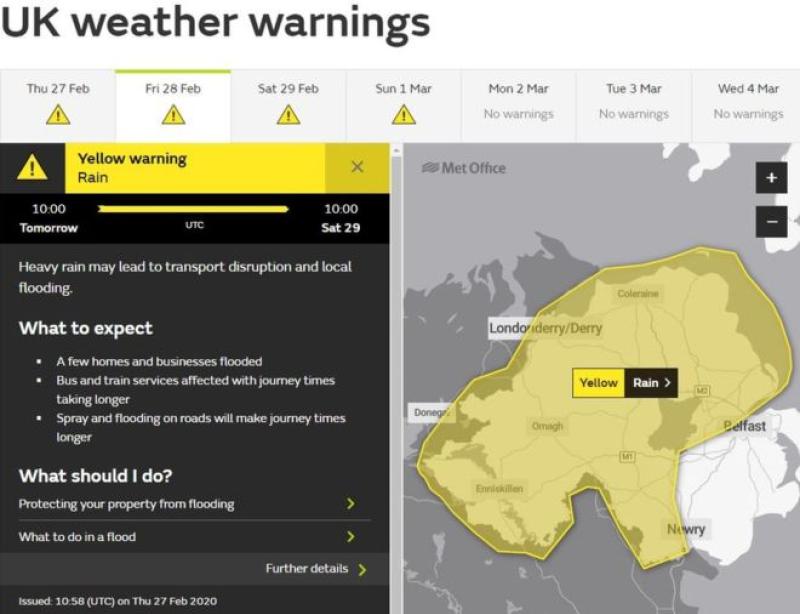 Another named storm is heading our way for the weekend.

Storm Jorge, named by the Spanish Met service, has resulted in a rain warning for Friday into Saturday, followed by a wind warning Saturday into Sunday.

Amber warnings - for dangerous/disruptive weather - are in place for the western counties.

These warnings are for Counties Galway, Mayo, Clare, Kerry, Donegal, Leitrim and Sligo.

The reason it was not named Storm Ellen, the next on the Met Office names list, is because it was named first by the Spanish meteorological service on Thursday.