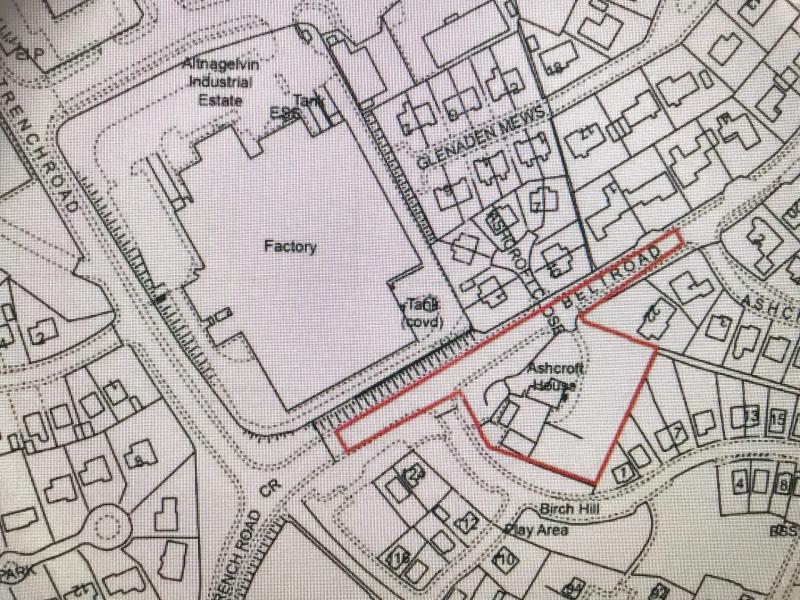 The site marked in red of the proposed development at Belt Road.

Plans have put forward to demolish a prominent house in Derry and replace it with retail units and a petrol station.

The house in question is Ashcroft House which is located at Belt Road in the Waterside area of the city.

The house has been part of the local landscape for many years.

Derry Now has learned that a company called Henderson Group Property has applied for planning permission to knock down Ashcroft House and all other buildings on the site.

In its place, the company plan to construct two retail units and a hot food outlet.

There would also be a petrol filling station, an ATM and parking on the site.

The application has been launched in recent days with Derry City and Strabane District Council and is now being considered by the council's planning department.

As part of the planning application process, householders living near the site will be given an opportunity to comment on the plans.