Tributes paid to renowned Derry author, Sean McMahon, who has passed away 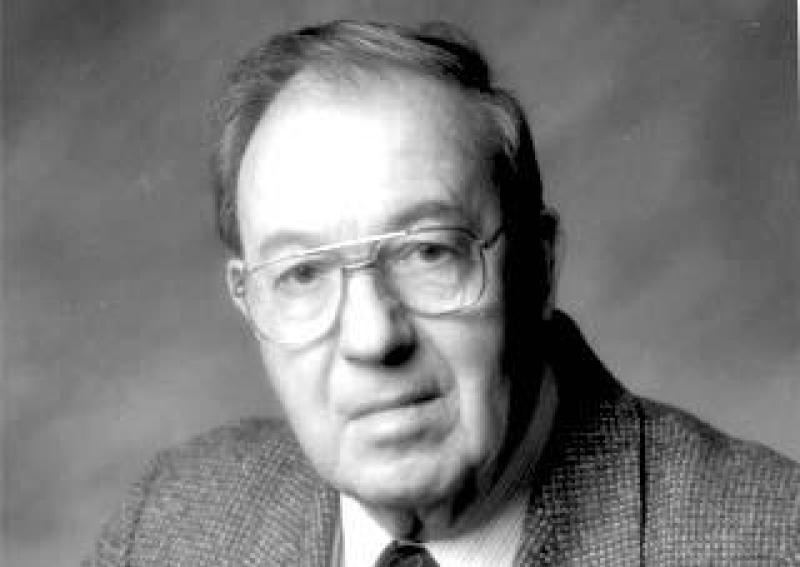 Sean McMahon was a renowned author.

Tributes have been paid to a well-known Derry author who has passed away.

Sean McMahon, who was 88, wrote more than eighty books, including children's fiction, biography and history - the bulk of these written after he retired from teaching at St Columb's College.

His most celebrated work, 'A Derry Anthology' was praised by The Observer as being 'a widely roaming and colourful miscellany of writings from and about Derry'.

Both a polymath and polyglot, Mr McMahon contributed authoritative book reviews on a huge range of subjects to the Irish Times, Irish Independent and, until just last year, the Derry News.

A lifelong lover of drama, and a stalwart of Derry's Theatre Club, Mr McMahon was an international authority on Shakespeare and lectured regularly at summer schools in Stratford-Upon-Avon.

A brother-in-law of Brian Friel, he was thanked in a number of the playwright's books for his counsel.

Mr McMahon remained an active writer well into his eighties, publishing 'Derry: Day by Day' in 2013.

He also acted as an editor on numerous publications, including a number of Garbhan Downey's novels.

Mr Downey said Mr McMahon had been a great friend and mentor.

“He was a wonderful writer, so wise and so knowledgable. And as person, he was so generous with his time - and his humour,” he said.

“You never left Sean's company without at least one awful joke to take away with you. Thankfully, all of his children have inherited that trait. The Thursday night card school will miss him terribly.”

Mr McMahon is survived by his wife Mary; his children, Christa, Marie-Claire, Fionn, Jill and Brian; his grandchildren and great-grandchildren.