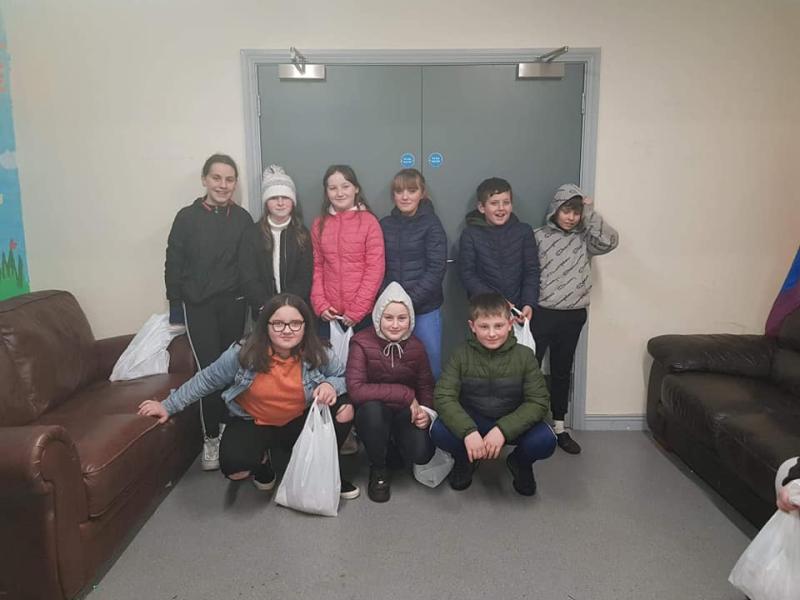 Some of the young people who delivered the 'bags of happiness' last night.

A group of young people have taken part in random acts of kindness in an area of Derry.

Members of Ballymagroarty Youth Club last night delivered around 200 'bags of happiness' to people living in the estate.

People who received the bags said it had made their night.

So often, young people are perceived in a negative light.

However, a spokesperson for the local youth club said they were 'super proud' of their members.

"Through the rain and wind these young people delivered 200 bags of happiness to residents within the area. Credit to the community, well done to all involved," the spokesperson said.

Writing on the youth club's Facebook page, Alicia Fisher said: "Thank yous very much I received that kind gift through my door tonight all you young ones should be so proud of your self's".

Another local resident, Louise Shields, said: "Received one and made my night thank you x super proud of you."