Preparations are well under way for Derry's biggest  annual cancer charity fundraiser, with the total already standing at £15,000 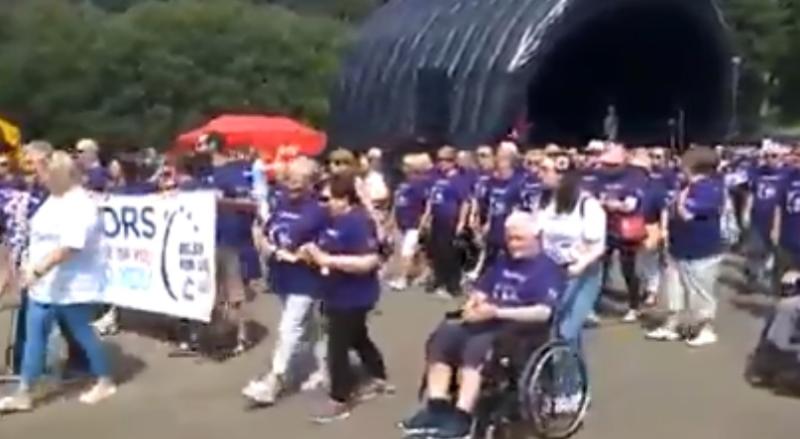 Preparations are well under way for Derry's biggest  annual cancer charity fundraiser, with the total already standing at £15,000.

The Cancer Research UK Legenderry Relay for Life, which is now in its fourth year, will place at St Columb's Park this June.

But the committee has already held a Ladies Lunch and World Cancer Day collection which has got their fundraising off to a flying start.

And with 55 teams already signed up to take part in this year's event, it is shaping up to be the biggest yet.

Committee chair Sean Hickey said there is still plenty of time to get involved.

"We are running our monthly team night this Monday at the City Hotel and it's a great chance for people who have already signed up or who are looking to sign up to come along.

"People who are aren't in a team but want to get involved are also very welcome.

"They are sure to know somebody when they come in the door."

The theme of this month's meeting is the 'candle of hope ceremony' which is an important part of the relay event.

Decorated bags with candles inside are placed the whole way around the track in memory of people who lost their lives to cancer or people who have survived the disease.

At dusk the candles are lit and at nightfall there is a special ceremony.

"It's a really lovely part of the day where people can stop and have a time of reflection while listening to music and poetry," explained Mr Hickey.

"It's half-an-hour where you don't have to walk, you can just stop and listen.

"It's an important time of remembrance and also reminds people why we are doing this."

As well as offering a chance to network the team night also gives the chance to win money to go towards their fundraising total.

"We raffle money that we have raised through bag packs and so on and teams that are represented on the night can win money to go towards their total.

"All the money goes towards the overall total and this month there is £2,000 up for grabs so a few teams will get a good boost."

This month's Relay or Life team night will take place at the City Hotel on Monday next, February 17 at 7pm.