The Mayor of Derry has paid tribute to a local community group who provided help and support to her two brothers, who have both since passed away. 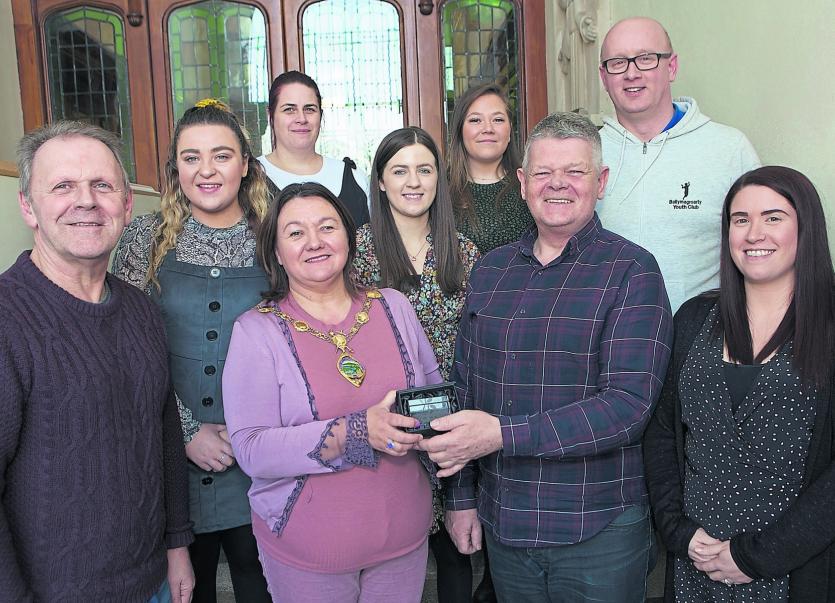 The Mayor of Derry has paid tribute to a local community group who provided help and support to her two brothers, who have both since passed away.

Mayor of Derry City and Strabane District Council, Sinn Fein Councillor Michaela Boyle, hosted a civic reception for the Ballymagroarty Hazelbank Community Partnership (BHCP) yesterday to recognise the work it does with 'individuals, families and the community'.

The BHCP's mission statement is to lessen the effects of deprivation in the area by contributing to its social,economic and environmental regeneration.

Speaking at the event, she said she had personal experience of the difference the BHCP made in people's lives as her brothers, Jim and Eamonn McCallion, had both availed of its services.

"It is a great honour for me to host the BHCP today because I always said that I wanted to recognise the work they do for individuals, families and the community," said Mayor Boyle.

"Two of my brothers lived in Ballymagroarty and they have both since passed on.

"I would like to say thank you as family for the support they received from the BHCP and it is a great honour to do that as Mayor."

Jim, who passed away in 2013 aged just 45, was heavily involved with the BHCP and helped establish the community garden which has since been named in his memory.

"They really are an amazing band of people," continued Mayor Boyle.

"I have travelled the length and breadth of the city and district and I'll go far before I meet a warmer and friendlier group of people who would give you a more gracious welcome.

"From the guy who meets you with a friendly face at the door to the men and women in the kitchen making the tea, they make you so welcome.

BHCP manager, Min McCann, said it meant a lot to the group to be recognised.

"We are delighted with the reception and the kind words we have received here today. We are not that good at applauding own efforts.

"The Mayor has been very supportive of us and helped us a great deal by recognising both the hard work and achievements we have made and the difference that makes to people's lives. The staff do the hard work and they don't get the credit they should."

"It opens up opportunities for us to do more things and run more projects, which council has been able to support."