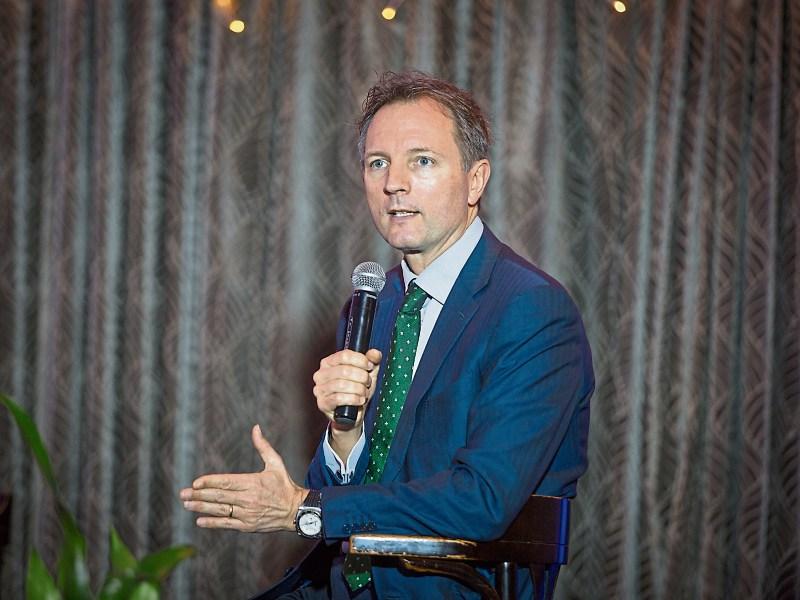 The Channel 4 sitcom, written by local woman Lisa McGee, has been shortlisted for the 26th Christopher Ewart-Biggs Literary Prize, in memory of the British ambassador to Ireland who was murdered by the IRA in 1976.

Tony Connelly is also on the shortlist for a Christopher Ewart-Biggs award for his book Brexit and Ireland.

The prize, worth £7,500, will be announced in late April in Dublin.

It is for works which promote peace and reconciliation in Ireland, a greater understanding between the peoples of Britain and Ireland, or closer co-operation in the European Union, the ideals which inspired Ewart-Biggs and to which his widow Jane subsequently dedicated herself.

Among the four other entries shortlisted are the Man Booker Prize winning novel Milkman by Anna Burns, about a young woman being stalked by a paramilitary in an un-named city that is recognisably Belfast, and Country by Michael Hughes, a modern reimagining of the Iliad set along the Border.

Also shortlisted is New Yorker staff writer Patrick Radden Keefe’s account of the 1972 IRA murder and secret burial of widow Jean McConville, Say Nothing: a true story of murder and memory in Northern Ireland, which won the 2019 Orwell Prize for Political Writing.

Sam McBride is shortlisted for his book, Burned: the inside story of the ‘cash-for-ash’ scandal.

A separate Ewart-Biggs prize, also of £7,500, will be awarded this year to a work dealing with the implications of Brexit for Ireland, Britain and Europe.

As well as two acclaimed books – Kevin O’Rourke’s A Short History of Brexit: from Brentry to Backstop and Fintan O’Toole’s Heroic Failure: Brexit and the politics of pain – academic Katy Hayward has been shortlisted for her Twitter account @hayward_katy on which she provides her own political and sociological account of the Brexit process as it unfolds, as well as curating an up-to-date link to a range of work by other authorities.

Speaking for the judges, Prof Roy Foster said: “The sheer range and variety of commentary about Ireland (north and south) over the past two years has been enormous and in many cases vitalising – reflecting, I suppose, the fall-out of Brexit as well as the suspension of Stormont and much else. We wanted to recognise this, which is why we decided to give a separate prize for commentary on Brexit.

“We have always paid close attention to journalism in drawing up the shortlist and this time also wanted to take account of the fact that ‘commentary’ now takes many forms, including social media. Thus we were particularly struck by the way that incisive authorities like Katy Hayward were projecting their analysis into the public conversation via Twitter and other means.

“By the same token, the prize has always included drama and television in its remit, and it it seemed important to recognise the serious intent and close social observation behind a comedy series like Derry Girls, hilarious as it is. Work like this sits logically with more conventional works of history and fiction, keeping up the prize’s tradition of recognising a variety of modes of expression which help to increase understanding.”