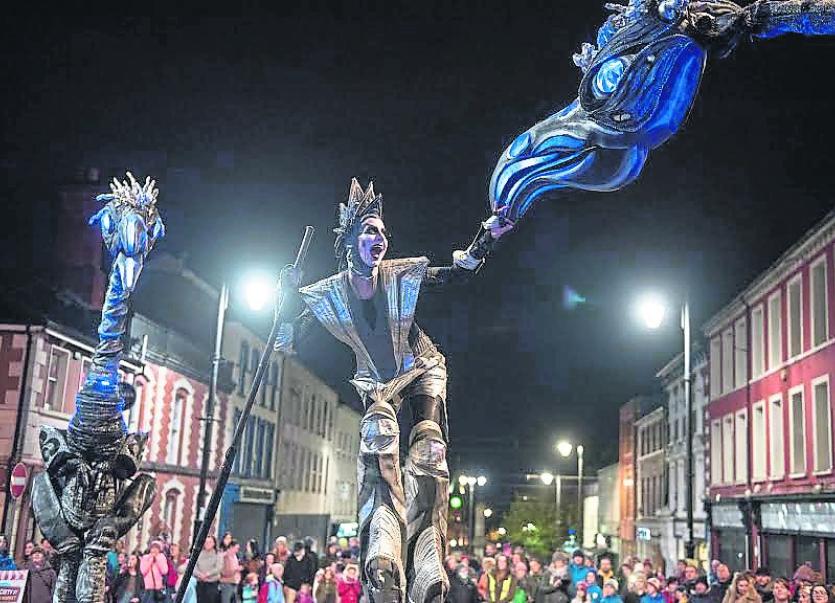 The Halloween festival is the biggest annual event in Derry.

Organisers said it was the best attendance yet for the festival which is now renowned as one of the best Halloween celebrations in the world.

Details of the attendance figures were outlined today at a meeting of Derry City and Strabane District Council’s Business and Culture Committee.

Councillors were told the festival has grown to become one of Europe’s largest Halloween festivals and that 2019 attracted a record 140,000 people to Derry and 5,000 in Strabane on Halloween night 31 October.

Aeidin McCarter, Head of Culture with the council, said last year was the best performing year for Derry Halloween that saw an increase in visitor numbers over the seven days, with over 16,500 bed nights and an 84% average hotel occupancy across six nights and 99% occupancy in the city on Halloween night.

Looking ahead to 2020, Ms McCarter explained that Halloween night will take place on a Saturday and council is keen to sustain the high audience numbers and positive media coverage with a full five-day celebration with a high level of programming to target the weekend visitor market.

She told councillors how the Derry Halloween programme is proposed to run from Wednesday, October 28, until Sunday, November 1, to include the Awakening of the Walls, Legenderry Food Village, Samhain Sessions, City of Bones Carnival Parade and fireworks display.