Classical music fans will be in for a treat this March 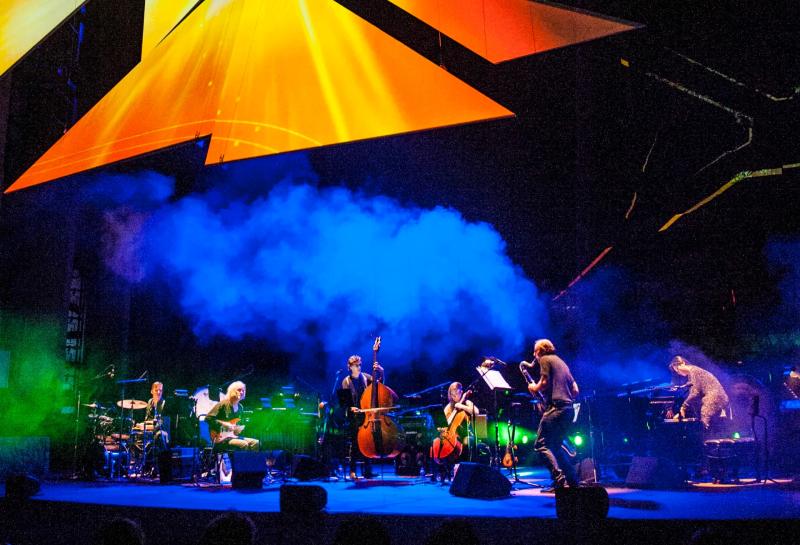 Bang on a Can All Stars, who will be performing on Sunday March 8 in The Glassworks.

Top class musicians from all around the world will be coming to a Derry music festival, it has been announced.

The Walled City Music Festival will take place in venues across the city from Thursday March 5 to Sunday March 8.
It kicks off with an evening of four young rising star pianists from Arizona State University, including the winner of the inaugural Walled City Music International Piano Competition Selene Wu, who will present an entertaining programme of piano favourites from 2 to 8 hands.

Derry-born Festival Director Cathal Breslin commented, “Our 11th Walled City Musical Festival continues to stay at the cutting-edge of music festivals, presenting a huge variety of world-class concert experiences in Derry.
"This year, we have the most incredible group of musicians that we have ever had, literally every night will be unforgettable. "I am really excited about the premiere of Christopher Norby's, 'Some Day: A Piece about Civil Rights' – it combines music with film, historical news and audio from the Derry Civil Rights movement, and it was something inspired by the memory of my father.”

On Friday March 6 the Festival welcomes renowned American pianist Awadagin Pratt, the Benyounes Quartet (with Derry-born cellist Kim Vaughan) and Festival Directors Cathal Breslin (piano) and Sabrina Hu (flute) for an evening celebrating one of classical music’s most iconic figures, Ludwig Van Beethoven, in the 250thanniversary year of his birth.

International chamber ensemble Trio Festivale take to the stage of The Glassworks on Saturday March 7 for an evening of recently-composed works, including Some Day, a new WCMF commission from Derry composer Christopher Norby that tackles the legacy and contemporary relevance of the movement for civil rights through film and music.

Closing the Walled City Music Festival on Sunday March 8 in The Glassworks is New York classical, jazz, rock, world and experimental music ensemble, the Bang on a Can All Stars. Recognized world-wide for their ultra-dynamic live performances, this six-member amplified ensemble combines the “power and punch of a rock band with the precision and clarity of a chamber ensemble” (New York Times).


Tickets are now available for all concerts via the Millennium Forum Box Office or online atwww.millenniumforum.co.uk. For more information visit www.walledcitymusic.com.