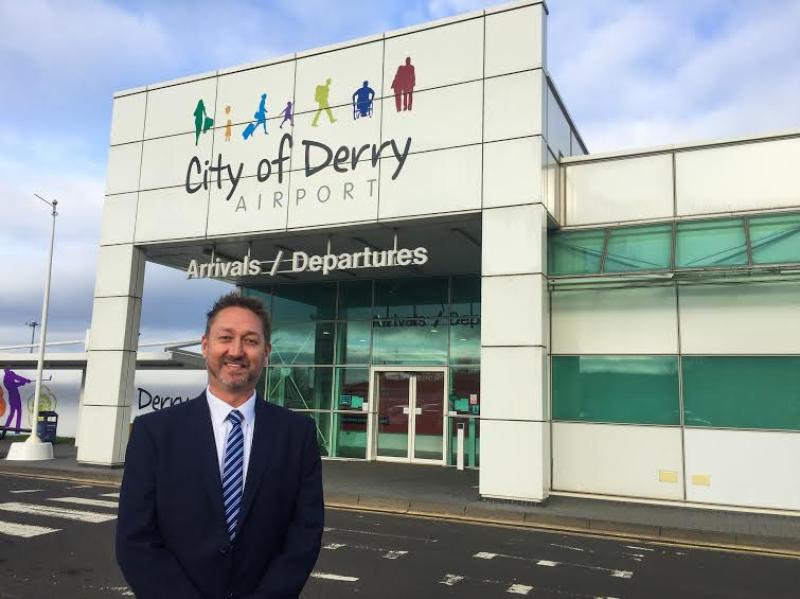 City of Derry Airport has a new manager.

Mr Frazer is a former director of engineering and deputy chief executive officer at Gulf Helicopters in Qatar,

Expressing his "delight"  on his new position, he said: “I’m extremely pleased to join the fantastic team at City of Derry Airport.

“I’ve worked in aviation and the MRO sector for over 30 years across the UK and in the Middle East, and it’s always been an ambition to return home to Northern Ireland, having grown up in Limavady, and get involved with the local aviation industry.”

Welcoming Mr Frazer's appointment, Clive Coleman, contracts director at City of Derry Airport, said: It’s fantastic to have such a highly experienced professional join us, and I have absolutely no doubt that Steven will be a huge asset to the team and is very well equipped to progress the airport’s development.”