Apprenticeships are fast becoming the pathway of choice for many job seekers, offering the chance to both work and learn, as well as independence and opportunity for young people starting out. 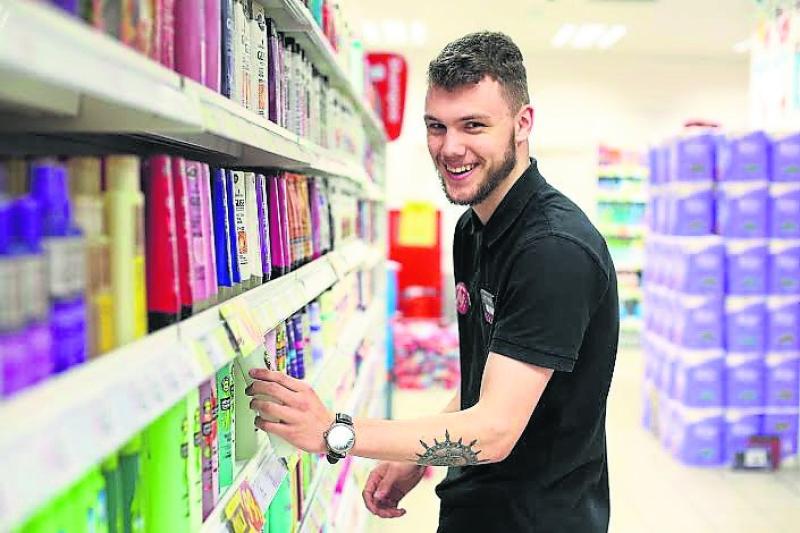 Craig Holmes who will today compete for the top NI apprenticeship title.

Apprenticeships are fast becoming the pathway of choice for many job seekers, offering the chance to both work and learn, as well as independence and opportunity for young people starting out.

Each year, the Department for the Economy recognises some of the most promising young talents who have chosen to follow this career path at the annual Apprenticeship of the Year Awards.

This year, Craig Holmes, who works at the Savers Store in Lisnagelvin Shopping Centre in the Waterside area of Derry, has emerged as one of the top performers in the region. The event takes place today during Appren- ticeship Week (February 3-7) which is being co-ordinated centrally by the Department for the Economy and supported by Councils, education providers and training providers across Northern Ireland.

Craig first began his apprenticeship in retail with Babcock Training, one of a number of private training organisations working with Derry City and Strabane District Council to provide employment opportunities to those keen to get on the career ladder.

Since then, Craig has already gained the title of Savers UK Apprentice of the Year following his participation in Council’s  ‘Get Paid, Get Qualified, Get Ahead’  apprenticeship  campaign. He will now face competition from apprentices across NI for the title of DfE Apprentice of the Year before a winner is announced. The Awards recognise dedication to  pro- fessional development and learning, and acknowledge the efforts of those who have made a significant contribution to their workplace.

Speaking ahead of the awards, Craig said he was thrilled to have been selected among the top talent in the region. He has found the apprenticeship scheme personally rewarding, fuelling his ambitions to complete further qualifications and move up within the business.

“I started with assisting customers on the sales floor, handling their purchases, helping to create window and in-store displays and stock handling,” he explained. “Since then I’ve completed a level two qualification and I’m working towards a level three qualification.  With an apprenticeship, you get to see everything that the job involves. I’m now at supervisor level and really enjoy having the responsibility, it’s a great place to work.

“It’s been a fantastic experience and to be nominated for the Apprentice of the Year title really is the icing on the cake.”
Savers/Superdrug area manager, Marie Graffin, said the apprenticeship experience had been a positive one for the store, and warmly acknowledged Craig’s contribution to the business. “Craig is such an honest and hard-working young man, he’s given his all and is a real team player in the store,” she stressed.

“He’s always so willing to learn and to acquire new skills to develop personally and professionally.”

Tina Gillespie, skills manager with Derry City and Strabane District Council, said: “I am delighted to see Craig’s success continue, he exemplifies what can be achieved through the apprenticeship programme with the right attitude and determination.

“The council is working very proactively with a number of education providers, private training organisations, careers service and companies to encourage people to avail of apprenticeship opportunities that exist across the council area. The promotion of apprenticeships is a key element of the education and skills outcomes set out in the council’s Strategic Growth Plan and overseen by the Education and Skills Partnership (ESDP)

“The partnership was established to support the education and skills ambitions outlined in the plan. Along with our partners, we are supporting employers to secure and develop the skills they need to increase productivity, and enable individuals to find fulfilling employment and progress in today’s competitive and dynamic world of work.

“I want to take this opportunity to wish Craig all the very best in the competition and in his career, I hope to see many more young people following a similar path to success through the programme.”