4.3m French to read all about Derry

A journalist from  a popular French travel magazine visited Derry this week as a guest of Tourism Ireland, Tourism NI and Fáilte Ireland. 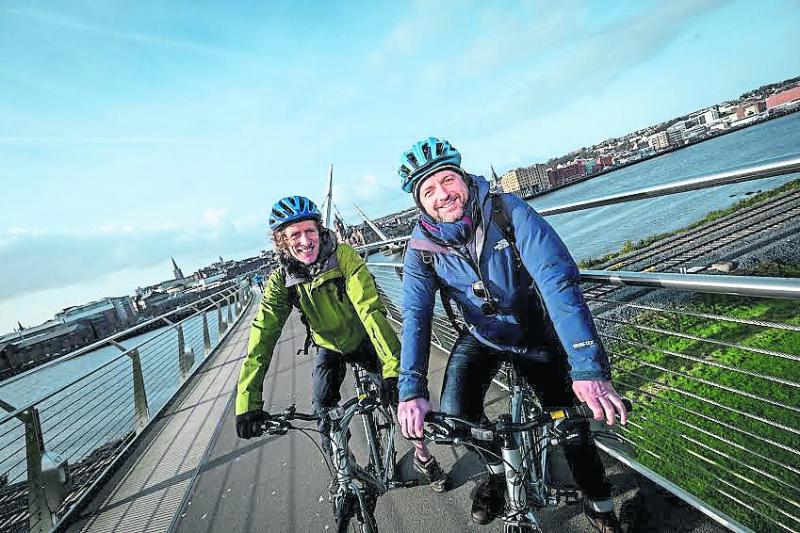 A journalist from  a popular French travel magazine visited Derry this week as a guest of Tourism Ireland, Tourism NI and Fáilte Ireland.

Journalist and photographer Sébastien  Desurmont is travelling throughout Northern Ireland and the island of Ireland to research an article for  Géo,  a monthly magazine with around 4.3 million readers.

His busy itinerary included a visit to Derry where he took part in a walking tour of the city as well as a  foodie cycle tour around a number of locations.

“Tourism Ireland was delighted to invite a journalist from Géo magazine to visit Northern Ireland and the island of Ireland this week,” said Monica MacLaverty, Tourism Ireland’s manager Southern Europe.

“His article and photos will be seen and read by around 4.3 million French travellers – inspiring them to come and discover the destination for themselves.

“France is one of the top four markets for tourism to the island of Ireland.

“Tourism Ireland will roll out an extensive and targeted programme of promotional activity again in 2020, to continue to grow French visitor numbers and, in particular, to encourage more of them to come and explore our regions and less-visited attractions during the off-peak season,” added Ms MacLaverty.