'I was over the moon when Tom and Olly turned'

A Co Derry man has become the second local performer through to the next round of The Voice UK after Bellaghy’s Brooke Scullion was successful just three weeks ago. 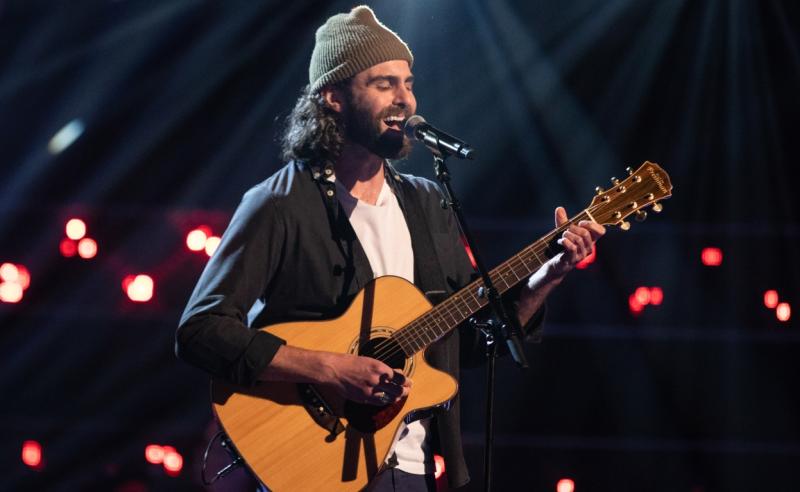 A Co Derry man has become the second local performer through to the next round of The Voice UK after Bellaghy’s Brooke Scullion was successful just three weeks ago.

Jonny Brooks, 28, a native of Newbridge, performed a rendition of Van Morrison’s ‘Sweet Thing’ and managed to persuade both Olly Murs and Tom Jones to turn their chairs.

Jonny told the County Derry Post how his weekend had been a little overwhelming: “It’s been a bit of a surreal one for me to be honest.

“I’ve had to recharge my phone battery a few times since yesterday morning!

"It was good to be with family to watch it, they were all very excited and the atmosphere was good.”

The south Derry man, who works as a janitor at St Anne’s Cathedral in Belfast, said he was delighted to link up with Tom Jones but that he was relieved any judges had turned their chairs.

“It’s a long six seconds that you have to wait before starting. You’re thinking ‘please, just anybody’ but I was over the moon when both Tom and Olly turned.

“Going into it, I thought if I could have anyone to turn it would have been Tom, ideally. I just respect him massively for what he’s done in his career and I thought he’d have great advice.”

Tom Jones was thrilled to add Jonny to his team and tweeted on Saturday night: “Every team needs a voice like @BrooksFresh! Authentic, soulful and raw! That was very special. I am over the moon Jonny is joining #TeamTom.”

By opting for the Welsh star, Jonny has put himself in competition with Brooke, who linked up with Meghan Trainor, but in a previous era, the two performers’ grandads were on the same side.

Jonny’s grandad Roddy Gribbin was manager of the Derry senior football team that reached the 1958 All-Ireland Final, while Brooke’s grandad, Patsy McLarnon, was corner back on the team.

The pair also starred for Newbridge club side Sean O’Leary’s in 1955 when the team took home the Derry senior championship cup.

Jonny and Brooke have clearly inherited that competitive edge from their grandfathers, and both singers are no strangers to on-field success either.

Brooke collected a Derry intermediate camogie championship title in 2018, while Jonny starred in the Newbridge side who won the Derry U16 'B' Football Championship in 2006.

Jonny was full of praise for his fellow Oakleaf contender: “Brooke has that big, bright, bubbly personality and everyone gets on well with her.

"When I heard her accent I said ‘you have to be from somewhere nearby’, and when she said she was from Bellaghy I couldn’t believe it.

“You get a lot of time to sit and chat and because Brooke and I had that bond of where we were from we connected almost immediately.”

Each coach needs to recruit 10 acts to bring through to the second stage of the competition – the battle rounds – but that number will be halved before they move to the next stage.

Both Tom and Meghan will be hoping to channel the competitive streak of both performers’ grandads as they move forward in the competition, but the two Co Derry natives could yet end up on the same team.

Judges have an opportunity to steal one act from another coach before the competition reaches the live shows and fans will be hoping the two County Derry stars remain on their screens for a few weeks longer.