A former Derry footballer is to run the Paris marathon in a bid to raise awareness of a rare congenital condition which has impacted his close family. 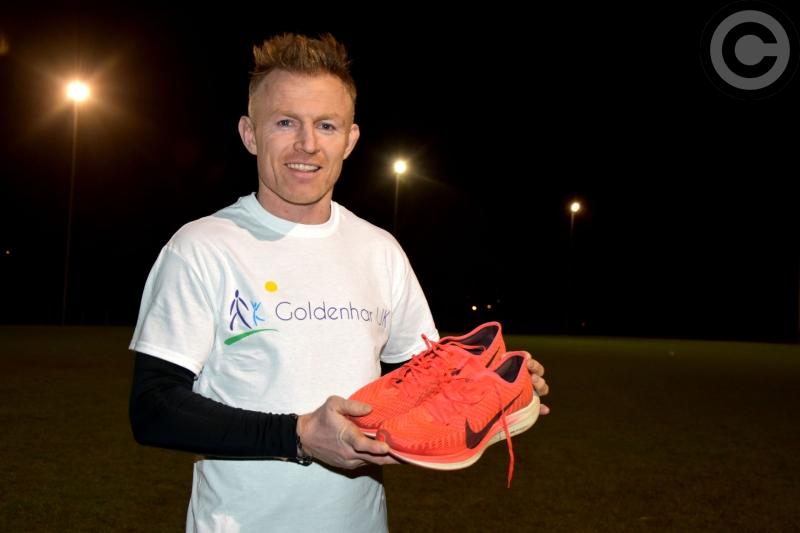 A former Derry footballer is to run the Paris marathon in a bid to raise awareness of a rare congenital condition which has impacted his close family.

Marty Donaghy from Claudy is currently training for the April 5 running event after his baby nephew was diagnosed with Goldenhar Syndrome two months ago.

Little Aodhan Mullan was just six months old when his parents Ciaran and Catherine were told by doctors he had the rare condition, which affects bone development.

Since diagnosis they have received the much needed help and support of Goldenhar UK, a charity run by families and volunteers affected by the extremely rare syndrome.

Now Aodhan's uncle hopes to be able to give something back by raising cash and swapping the backdrop of the Celtic Park for the Eiffel Tower in a fundraising drive.

Marty told the County Derry Post: “It’s a very rare condition – I think 1 in 500 suffer from it and it’s visible from birth.

“Obviously, neither my sister nor I had ever heard of it but she noticed that something wasn’t right. The doctors didn’t pick up on it but I suppose the condition is so rare that they hadn’t seen it before.

“My sister had to push but the doctors then realised and to be fair to them they’ve been more than helpful. Some have come over from England to see Aodhan."

The John Mitchel's Claudy captain added: “It will affect the development of bones like his spine, but they won’t know completely until he grows up and they see more and more how it’s affecting him.

“He will have to go through a few minor surgeries just to correct a few things and whenever he starts learning to stand, it’ll affect him that way, but he’s now eight months old and is developing into a happy, lively wee child.”

Goldenhar Syndrome is so rare that initially Marty’s sister Catherine assumed they were alone in being affected in Northern Ireland, but since he posted his fundraising efforts online, others have been in touch.

“My sister didn’t know that there was anyone else in Northern Ireland with the condition, but as soon as I put up the fundraiser, we’ve been contacted by a local lady who was able to provide my sister with a lot of information and they’re actually meeting up now.

“I think there are cases in Northern Ireland but they don’t have a platform or a chance to talk about it or help each other.”

Marty opted for the Paris marathon despite other, closer alternatives and he is looking forward to taking on the challenge in its picturesque surroundings.

“Ah, it was just more attractive. I don’t like running anyway but I just thought ‘why not?’ London is nearly impossible to get into so the Paris one was easy enough to get into and it’s probably nicer to run round than London.My mum and dad are hoping to go and my wife, children and her family are all going. My sister-in-law Laureen (O’Kane), who lives in London, has actually decided she’s going to do it as well.

“I’ve started training unfortunately, it’s not great at this time of year because it’s so dark, but it’ll give me a bit of an aim – it’s only another 8 or 10 weeks away!

“With the Gaelic season just being over, the fitness isn’t too bad – Christmas wasn’t too sore on me!”

If you want to support Marty in his challenge, you can read his story and donate via the following Just Giving link: