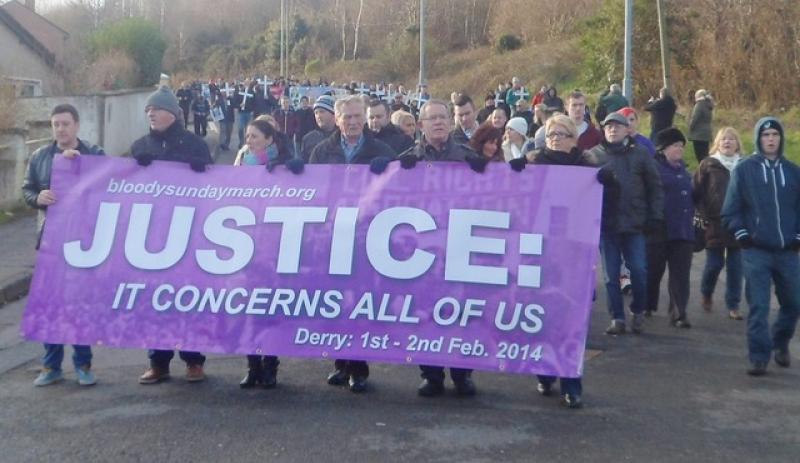 The Bloody Sunday March Committee will host a panel discussion titled 'The Long Road to Justice' exploring the perspectives and experiences of three truth and justice campaigns.

Liam Wray (brother of Jim Wray, Bloody Sunday March Committee) will speak about where things are now at for the Bloody Sunday Families as they prepare for the forthcoming prosecution of Paratrooper, soldier F, for the killing and wounding of relatives and friends on Bloody Sunday.

Sheila Coleman (Hillsborough Justice Campaign) will speak about the long struggle on behalf of the 96 Liverpool football fans who lost their lives at Hillsborough in 1989 and in particular where the campaign now sees itself going in the light of the recent acquittal of the senior officer responsible for crowd control on the day.

The panel will be joined by Briege Voyle from the Ballymurphy Massacre campaign in Belfast who will speak about the ongoing inquest into the killing of their loved ones and where they see the road to justice taking them once the inquest has concluded and delivered its findings.