The head girl of a Derry school is to show off her baking skills to the country when she features in the first programme of a new television series. 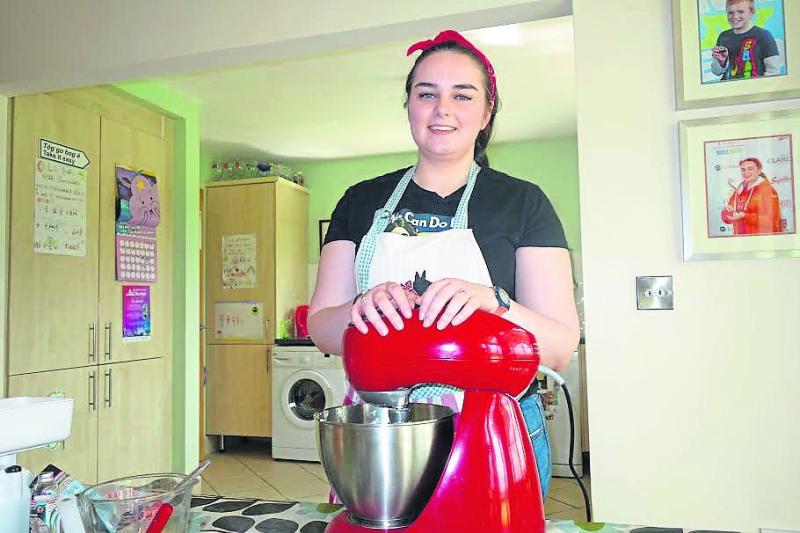 St Brigid's College head girl, Cáit Ní Cheallaigh, who is eyeing up sweet success in the first programme in the new series of Beidh Aonach Amárach.

The head girl of a Derry school is to show off her baking skills to the country when she features in the first programme of a new television series.

Beidh Aonach Amárach, which begins on BBC 2 Nothern Ireland at 10pm on Monday next, February 3, features agricultural shows from across the island of Ireland.

With a history going back 179 years, the Omagh Show in Co Tyrone opens its doors to begin the new season of Beidh Aonach Amárach, bringing viewers the best of the country agricultural shows and fairs.

Featured in the programme is Cáit Ní Cheallaigh, head girl of St Brigid's College, Carnhill, who puts her baking skills to the test for the first time against more seasoned competitors.

Keeping the outcome of her efforts close to her chest, Cáit admitted she was nervous about creating a chocolate cake as she had never made one before.

Viewers will find out if Cáit’s chocolate creation brings her sweet success on her debut.

Over the six weeks Beidh Aonach Amárach brings viewers to the heart of the country show scene. After Omagh, episode two follows the crowds and the competitors to the Castlewellan Agricultural in before going to the Clonmany Show in Inishowen.

The new series also visits the ancient Auld Lammas Fair in Ballycastle on the North Coast to the Puck Fair in County Kerry as well as one of the biggest – the National Ploughing Cham- pionships in County Carlow.

Filming took place throughout 2019 for the new Irish language series with cameras capturing the stories of the people of all ages and backgrounds who vie for the top spots in an amazing range of com- petitions.

Viewers will be able to follow the competitors giving everything to be Best in Show - from cattle to cakes, sheep-shearing to flower- arranging, show-jumping to shiny cars, not forgetting the best vegetables, dogs, birds, clothes, art and craft.