You no longer have a voice in the European Parliament because the MEPs you elected in May have been kicked out against your democratically expressed wishes. 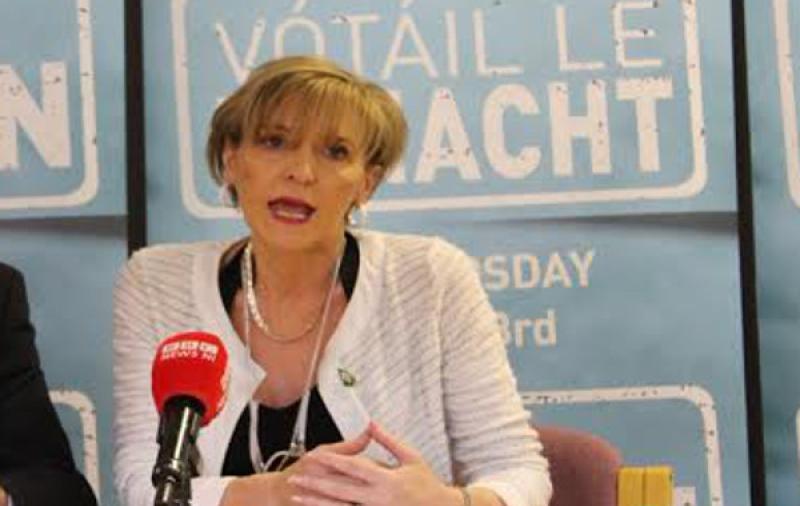 You no longer have a voice in the European Parliament because the MEPs you elected in May have been kicked out against your demo- cratically expressed wishes.

Raised a matter of yards away from the Battle of the Bogside site, I was a child who grew up in a city that demanded “One Man One Vote” (No gender proofing in those days!).

In the European Elections in May 2019, I pledged that I would represent you fully in the EU right up until the end and I have honoured that pledge.

It has been a privilege to represent all those of you who voted for me in the past two European Elections and placed your trust in Sinn Féin.

For over seven and a half years, I have been your voice in the European Parliament defending your corner.

As I reflect on these seven years, I think back to my initial pledge to bring you to Europe and Europe to you.

Some of you reading this will have travelled on delegations I facilitated to the European Parliament, as I navigated you to the best contact point to assist your needs.

I worked to ensure that all these groups (and many more) were able to make contact with European officials and groups and develop these meetings to their advantage.

I also brought Europe to you - bringing MEPs to Derry and across the North for the GUE/NGL Study Days in addition to organising European Parliament fact-finding missions to Derry and the North, which generated vigilance for our peace and political processes.

I also undertook some challenging and difficult journeys. For instance, I undertook a three-day round trip to China to outlaw 160 different kinds of so-called “legal highs” which were decimating young lives, families and communities across the north.

I stood up and confronted big beast global cor- porations like the tobacco industry locking horns with companies like Philip Morris, British-American Tobacco, Imperial and Altria who have profited around $35 billion annually.

I was appalled to learn that in the North, 2,300 people die from smoking-related diseases and that 16,500 people are admitted to hospital every single year, with twice as many deaths of those from deprived areas than anywhere else.

It is the only legal product on the market, which if you do exactly what it says on the tin, 50% of its users will die from its effects.

Therefore, I worked and succeeded in banning flavoured cigarettes which are designed to attract the palates of young people, and inserting larger pictorial images on the packs.

I developed European-funding guides to ensure that organisations from across Derry and the North knew more about drawing down European funding.

I co-chaired the disability inter-group and wrote the 'Nothing Aabout Us Without Us' document.

As a dedicated inter- nationalist, I was honoured to chair the Parliament’s Palestinian delegation and have been recently honoured by the people of Palestine for my work.  I have also been vocal in standing up for the people of the Basque Country, the Kurds and the Catalans.

Brexit is a threat to the Good Friday Agreement, to our hard-won rights and will damage our huge economic potential in Derry as well as the rest of the north.

It was clear to me that MEPs from all shades of political opinion needed to understand the immense damage that Brexit could do to the Good Friday Agreement.  From that point on, I worked tirelessly on your behalf to defend you and your rights against the toxic Brexit agenda.

I built international alliances and ensured that the European Parliament voted to protect the Good Friday Agreement “in all of its parts” that there would be no hardening of the border and the unique circumstances of the island of Ireland needed to be taken into account.

Some laughed when Sinn Féin presented our case for special status to remain in the EU (mainly our political opponents). So, I commissioned legal advice to show that it was legally possible and permissible to achieve special status for the North within EU law.

I, along with Sinn Féin EU activists met with hundreds of MEPs - one by one walking them through the GFA line by line. The late Martin McGuinness called this “our diplomatic offensive” and he travelled to Brussels to conduct 14 high-level meetings in one day with the president of the European Parliament and the presidents of the political groups.

In response to this work, on the 29th of April 2017, the European Council sent a message to you the people of Derry and Ireland.  The Council said that through a democratic process if Ireland is reunified, then the whole island of Ireland will remain in the EU.

When the rubber hits the road and the impact of Brexit hits the streets when community groups are starved of EU Funding when young people can no longer avail of the Erasmus programme when farmers no longer receive CAP Payments and when environmental, labour and consumer protections evaporate (limited as they are) all of that will result in more and more people joining the reasonable, sensible and mature conversation about the need for constitutional change in Ireland.

A referendum on Irish unity would significantly mitigate the damage that Brexit will inflict on Derry and across Ireland. Irish unity is our democratic pathway back into the EU.

There has been an outpouring of quality work completed by academics and authors showing the economic benefits of reunification. We cannot afford partition. We cannot afford it economically, socially or politically.
In yesteryear, Derry and its people built hope in our community that was battered by gerry-mandering, oppression and discrimination.

Today, the people of Derry face new challenges but there are people like Derry-born Professor Colin Harvey and others who again give hope to a community who wants to plan and prepare for constitutional change in Ireland.

So this is not goodbye from Martina Anderson... this is a hello to a new and better tomorrow.