A Maghera family say they are delighted with the support shown to a recent coffee morning fundraiser in aid of close relatives who lost their home in the devastating Australian bushfires. 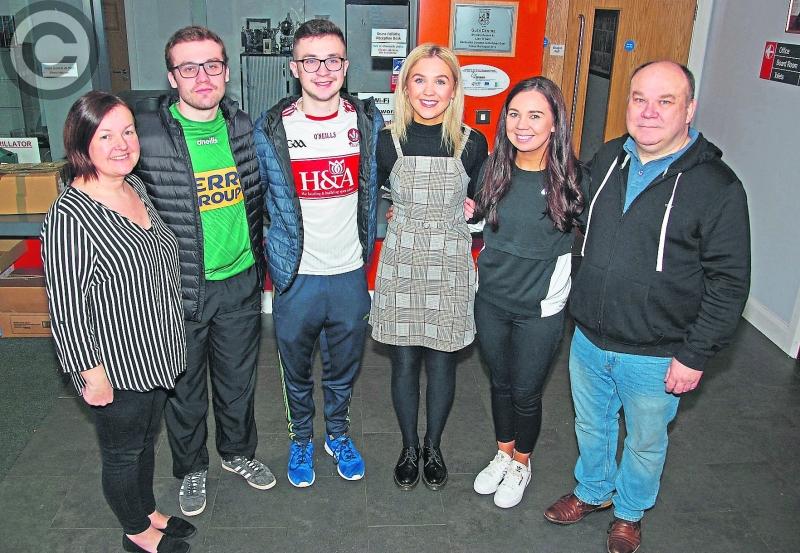 Neil Ferguson, far right, pictured with his family Una, Andrew, Matthew, Hannah, and Rebecca organisers of the charity coffee morning at The Glen GAA centre in Maghera in aid of Neil's sister

A Maghera family say they are delighted with the support shown to a recent coffee morning fundraiser in aid of close relatives who lost their home in the devastating Australian bushfires.

The Fergusons thanked the people from across County Derry and beyond after raising thousands to send to family members to rebuild their lives after losing everything - including their farm animals - during the ferocious wildfires.

The fires, which started in September, have caused unprecedented destruction across the country, and amid that devastation the extended Ferguson family are all the more appreciative of the support shown by the local community.

Speaking to the County Derry Post, Neil Ferguson, who’s sister Joan and family lost their home and livestock, said: “To say that we are overwhelmed by everyone’s generosity would be a total understatement.

"To date we have raised £3.6k (Aus $6.5k) which is an incredible amount and we simply cannot thank everyone enough,” he said.

The Ferguson family pulled together with friends to put on a wonderful Coffee Morning to help their Australian family, and were keen to thank the local businesses who stepped up to the mark when called.

“We want to thank all the local businesses who donated, Sperrin Bakery, Ditty’s, Crawfords, P&N Meats, Centra, Walshs, Kelly’s Maghera. We own them a massive debt of thanks,” added Neil.

“Furthermore we are so grateful to everyone who baked for the coffee morning who have made such a massive contribution to the success of the event and we can’t thank those people enough.

“Huge thanks to everyone who has donated either in person via paypal or through Keith’s just giving page, your donations are going to make such a difference to Joan right now.”

Neil was delighted with the local response from his community, adding: “We want also to send our sincere thanks to everyone who attended the coffee morning and to our family and dear friends who worked tirelessly throughout, we will never be able to thank you enough”, added Mr. Ferguson.

Congratulations to everyone who won a prize and thanks to all who donated these prizes.
If anyone would still like to make a donation please feel free to do so via paypal hannahfergusonmusic@hotmail.com