A Bellaghy barman has just missed out on creating a new Guinness World Record to make the most Irish coffees. 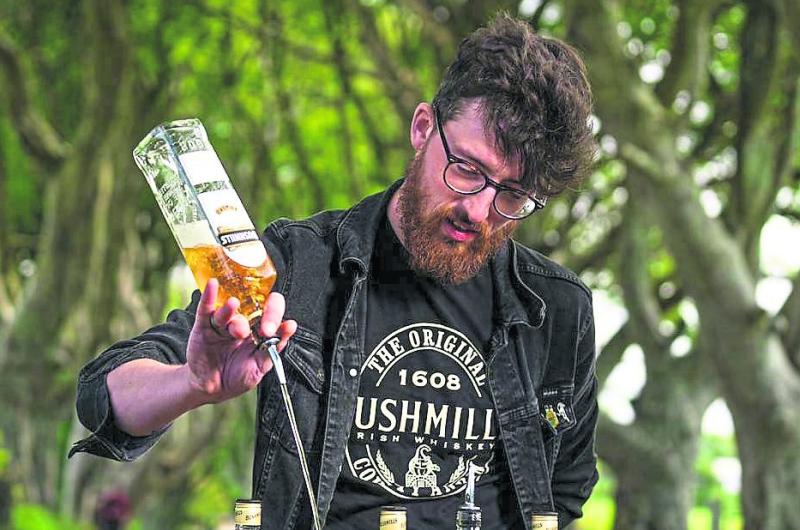 A Bellaghy barman has just missed out on creating a new Guinness World Record to make the most Irish coffees.

Séamus Óg Birt, bar manager at Portstewart's Me and Mrs Jones, went head-to-head with five other bartenders from around Ireland for the unusual challenge.

It was Cork maan Rory McGee who managed to sweep the title by making 49 Irish coffees in three minutes.

A new Guinness World Record for making Irish coffees was set in Dublin on Saturday by Rory McGee of the Shelbourne bar in Cork who made 49 Irish coffees in three minutes.

Previously, Irish Coffees have been used for a number of world records such as the World’s Largest Irish Coffee which stands at an outstanding 234-gallons, and for the most Irish Coffees sold in a day which was 2,223 in San Francisco, but this was the first attempt at creating Irish Coffees in a specific time limit.to have won a Guinness World Record. Everybody loves an Irish coffee and what better way to celebrate it than to make history with it,” Mr McGee said.

There are a number of records associated with Irish Coffees, including the world’s largest Irish coffee, which contained over 1,000 litres of the drink, and the most sold in a day, which was set 2018 when a bar in Savannah, Georgia sold 2,223 Irish coffees.