Councillor Ronan McGinley announced he will leaving his role at the end of the month. 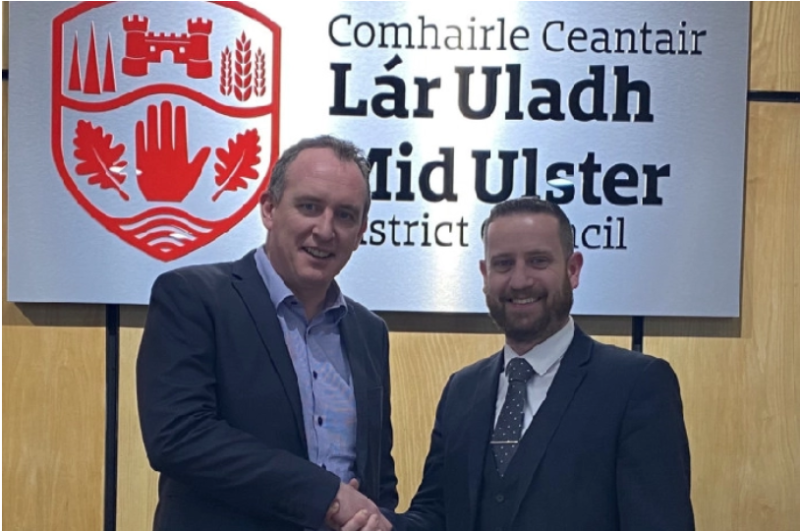 Councillor Ronan McGinley announced he will leaving his role at the end of the month.

The Torrent represenative will be suceeded by Pomeroy-based councillor Cathal Mallaghan, who will take up the group leader title.

Councillor McGinley said he will now take up other responsibilities at a senior level within the party.

Sinn Féin confirmed the process for selecting Cllr McGinley’s replacement has nowcommenced and will announce the details in the near future.

The news was announced at the most recent sitting of Mid Ulster District Council.

In a statement released at the weekend, councillor McGinley said: “It has been a huge honour to serve as a Councillor on the Mid Ulster Council.

"I have tried to carry out my role to the best of my abilities and fully represent the people of Torrent.

"I wish to thank the elected members from all parties for the positive partnership working over the past number of years.

"I believe we have achieved a lot together and I wish Mid Ulster council every success moving forward.

"I would also like to express my appreciation to the entire Mid Ulster Council staff team. Their support was invaluable, and the passion for our district is evident in the council’s successes and achievements."

Councillor McGinley added: "I wish Mid Ulster council continued success and am looking forward to seeing it remain innovative, forward thinking and at the heart of our community.

"I know Cathal Mallaghan will be hugely successful in his new role of Group Leader for Sinn Fein, he is a great ambassador for our district and will lead from the front.

"I look forward to my new role within Sinn Féin”.

Threw in at the deep end after been first elected in 2014 he has led the largest Sinn Fein grouping on any council in Ireland. Tackled head on difficult issues

and worked well with other party’s. It’s no wonder he has been called to serve the party at a senior level.
"On behalf of the council grouping we wish him all best of luck”

Cllr Mallaghan who is no stranger to leadership in Mid Ulster has been serving as Planning Committee chair for three terms and led the organisation as its first Chairperson back in 2014.

“I look forward to working with the council team, other parties and the senior management team of the council to ensure the council is reflective of our

"We have ambitious plans for the future, and I look forward to playing my role within that”