Big celebrations as popular Derry pizzeria, Nonnas, wins a major award at a ceremony in London 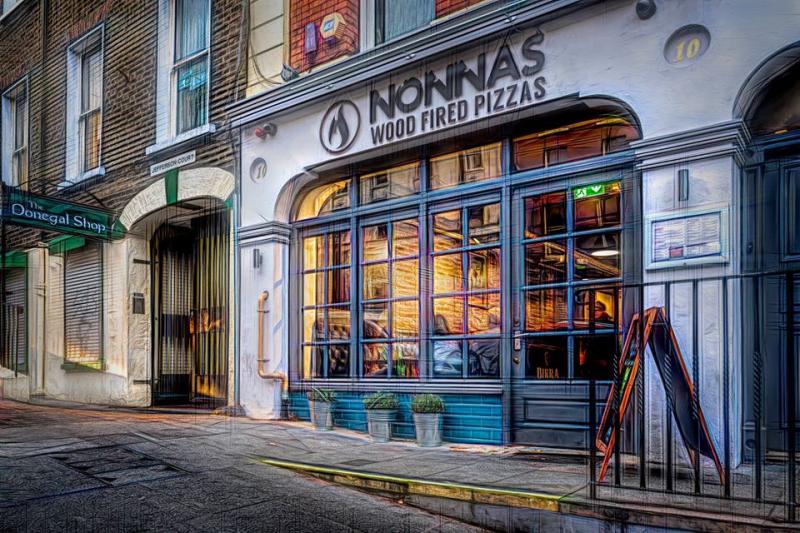 Nonnas had been named the best takeaway in Northern Ireland.

A Derry pizzeria has been named the best takeaway in Northern Ireland.
Nonnas Wood Fired Pizzas received the award last night in London top at the prestigious British Takeaway Awards.
The awards took place at a star-studded awards ceremony in The Savoy hotel to celebrate and recognise the success of the takeaway industry in the UK.
The awards were presented by comedian Jimmy Carr.
The British Takeaway Awards divide the UK into twelve regions, and reward the best takeaway in each region based on public votes, mystery shopping and a panel of judges.
The judges said they were impressed with Nonnas Wood Fired Pizzas passion for authentic Italian pizzas using locally sourced and high quality ingredients.
Judges also recognised Nonnas commitment to the environment and their sustainable ethos which means that all their packaging is environmentally responsible and there are no single use plastics.
Nonnas also took the accolade of being the only pizzeria to win in any of the twelve regions.
Nonnas was founded by brothers Darren and Ryan Bradley.
They built their own ‘back yard’ pizza oven and started cooking wood fired pizzas for friends, neighbours and family and in 2016 opened their first Nonnas Wood Fired Pizzas restaurant on Spencer Road.
They later opened a second restaurant on Shipquay Street and have plans in place to extend at Spencer Road.
Speaking of their success, Darren said: “Our restaurants are a success because of our customers. We would like to thank all our loyal customers for supporting our local independent business and helping us achieve this award.
“Weʼd also like to thank our extremely hard working staff, this award is a very fitting recognition of our teams efforts.”