Family thank staff for 'amazing' care of their dad

The family of a Derry man who passed away at the Owen Mor Care Home two weeks ago have paid tribute to the 'amazing' standard of care he received. 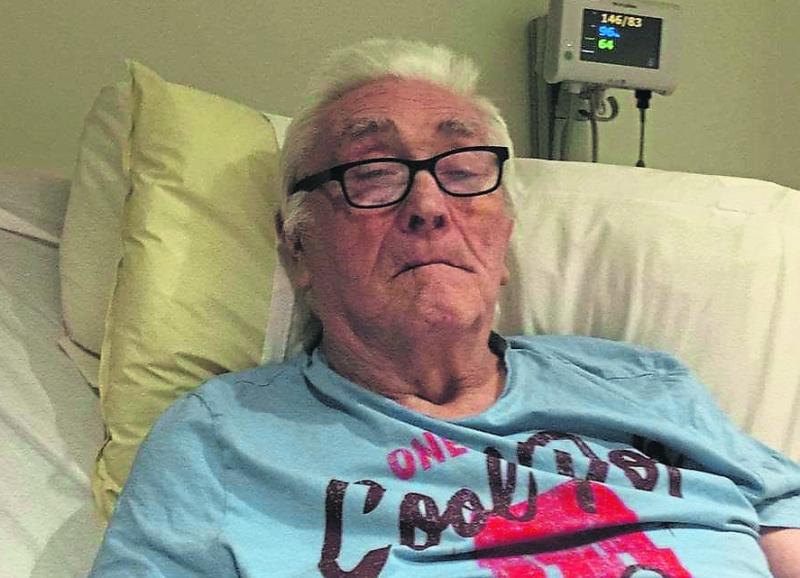 The family of a Derry man who passed away at the Owen Mor Care Home two weeks ago have paid tribute to the 'amazing' standard of care he received.

Former truck driver and Securicor worker Raymond Coyle died on January 14 after suffering with dementia for six years.
The 81 year-old lived at the Culmore home for the last year and seven months of his life and was cared for in a special unit, Unit 5, for patients with challenging behaviour.

Owen Mor home was heavily criticised last year after it was forced to stop taking new admissions over a string of shortcomings.

But Mr Coyle's daughter, Caroline Taylor, said her family couldn't have been happier with the care he received.
"The way they looked after my father was just amazing," she said.

"You wouldn't have got it anywhere else. The way they handled the patients was so kind.
"We saw the staff sitting with patients and talking to them and singing and dancing with them.
"They would  play ball with them, anything that would make them happy.

"They treated them like their own father or mother or grandparent.
"If anyone in my family needed a care home it would be my first choice."

In August, the RQIA obtained a court order to prevent the 81-place facility admitting new patients.

However, Owen Mor was reopened to new admissions in November  after it was deemed to have met the required standards.
"Staff morale dropped with all the bad publicity," said Mrs Taylor.

"You could see their disappointment and some of them found it very hard to come to work."

In September, Ms Taylor and her sister Helen Coyle attended a public meeting about the standard of care at the home.

"It was very difficult because the things some people were saying didn't correspond to what I saw every day," she said.

"My father was so well cared for. If he needed a doctor they would ring the health centre and they wouldn't let it go until they knew it was sorted.

"My father had to go into hospital for five days and the staff came and visited there.

"They were always worried about him. They went above and beyond."

In the final five days of Mr Coyle's life his wife Ann and his two daughters stayed with him around the clock.

"We had always thought we would bring him home to die, but when the time came Owen Mor was his home really.

"The staff all knew him and they didn't leave their shift until they had come and said goodbye to him.

"Every morning when they started they would come in and say hello, they were attached to him.

"We were all treated so well, they gave us towels for a shower. We were given tea, coffee and biscuits.

"If they were going to the shop they would ask if we needed anything.

"When my father's remains were removed from the home the staff had a guard of honour at the front door.

"They said no one is taking Raymond out the side door."

Mrs Taylor said the family wanted to speak publicly about the care and compassion they witnessed because of the recent negative publicity surrounding the home.

"We want the staff to know that we saw everything they did for our father and we really appreciated it," she added.