Magee on Music: These boys have got ya covered . . .

Have you ever wondered what the wains are learning up in the Nerve Centre? 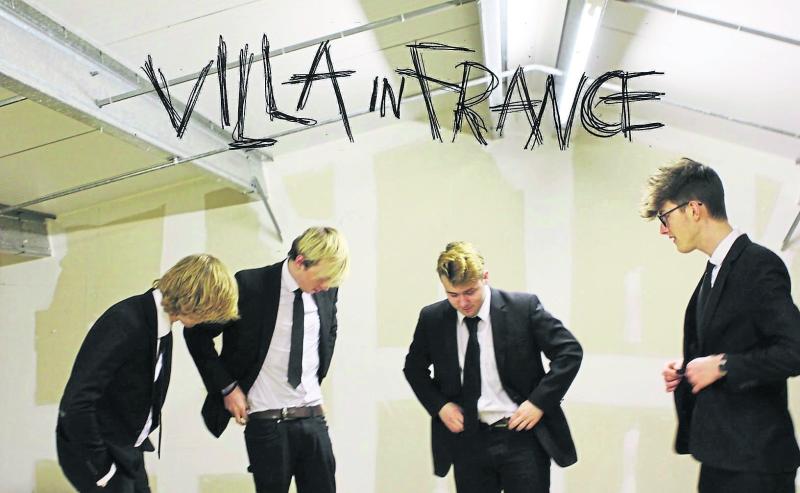 Villa in France will be one of the bands playing at the Nerve Centre gig.

Jamiroquai when they used to be good? Naw? Have you ever wondered what the wains are learning up in the Nerve Centre? Lots of stuff as it goes, but one of those things is organising a festival for themselves.
It’s not an easy thing to do but the plan is on February 1 and 2 from 2pm to 6pm in the Nerve Centre there will be  a photography exhibition, short film showcases and, obviously, a gig.
The event will be a creative arts festival following the completion of the Education Authority’s CADi scheme that provides young people with qualifications and key skills in the creative arts such as film, live sound, photography, graphic design and events management. Live sound is underlined because, obviously, it’s the most important thing in the world.
The festival will contain an exhibition of photography, showcase of short films and two days of music including 12 bands highlighting the musical talent throughout Northern Ireland. 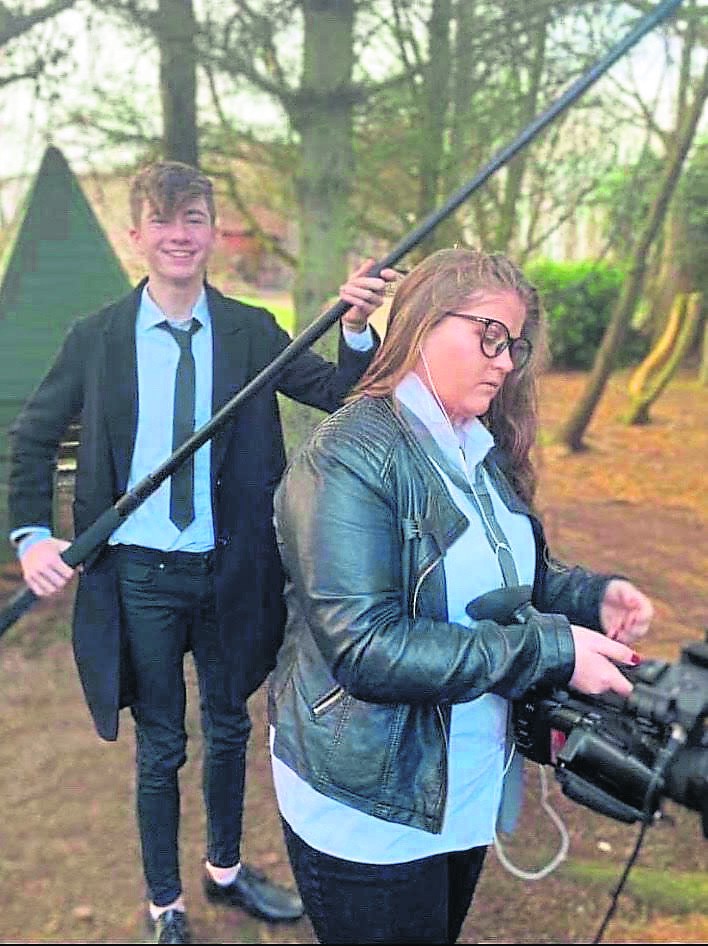 This celebration of youth culture has been completely organised by the young people involved with the CADi project to showcase youth within the arts. This should be just about enough to keep the adults interested.
Featured acts include Villa in France (an indie pop-rock band consisting of lead singer Aidan Davidson playing rhythm guitar, Nino Morelli and   Adam Moore playing lead and bass respectively and Matthew Gillan on the drum kit. Their debut single, "1990," is available on all music platforms now, (singer/songwriter) Grace Mullan, (alt-rockers) Vanilla Days, Meeks, Wasted Wild, (RnB wish fulfilment) Juno Hasson and Aimee Tourish, a bit of trad from Jordan Lively and songstress Maya Patterson, all who have been paving their way through the music scene across the north coast and Derry and in recent months.
I spoke to one of the organisers, Megan Watton, and first asked what does CADi mean and what made you all want to do it in the first place?
“Well, I joined three years ago it stands for Creative And Digital Innovation.
“The course is one year and you get an OCN level one, two or three, depending on what age you are which is the equivalent to an A level or GCSE.
“I, personally, wanted to do it because it would give me new skills and quality’s I could use in the future. It has been a programme run by the education Authority for three years and the numbers grow each year
"The Nerve Centre has been a fantastic help as they provide the tutors of each discipline events management, film, photography, graphic design and sound.
"They also have connections in the music scene which helps when booking bands,” she added.
“Just that this programme has aided so many young people with their mental health and self-confidence and the 'out of school' conditions helps. Without CADiI wouldn’t have gotten into my tech course.”
Ethan Martin, who also helped organise it, said: “CADi means working with others in a small group to achieve the same goal. It’s been hard as we had to learn how to run an event, the Nerve Centre has been a huge help.”
Events manager team member Clodagh McKenna, said: “The CADi Youth Takeover is an event for young people by young people.
“It’s a chance to show how talented the youth of Northern Ireland is particularly in its music scene which has so many hidden gems. It also contains amazing work from the photographers, and film makers from the CADi programme.
“CADi is a cross community programme aimed to give young people aged 15-18 the opportunity to gain skills in areas they wouldn’t usually get an opportunity to within school.
“These include photography, graphic design, live sound (hopefully it leads to work in the Ulster Hall - live sound is the most important thing in the world), film and events management. The bulk of the programme consists of three residential weekends which lead up to the final event.
“We’ve worked hard over the past couple of months to produce an event we hope the public will love. CADi really is like a second family to lots of us and you can see that when we come together.
“We’ve created friends and memories that will last a lifetime.”
Adult (sometimes) Marty Coyle said: “The CADi courses are a fantastic opportunity for young people to get some real-life experience in arts related subjects whilst gaining a qualification at the same time.
“The upcoming two-day event at Nerve Centre will showcase the hard work they have put in throughout the course, showcase their own work as well as presenting a broad demographic of their peers within the arts throughout Northern Ireland”.
Land up for a two-day celebration of music, film and photography!