Conán Doherty has been promoted to Content Director of the Dublin-based media company, JOE. 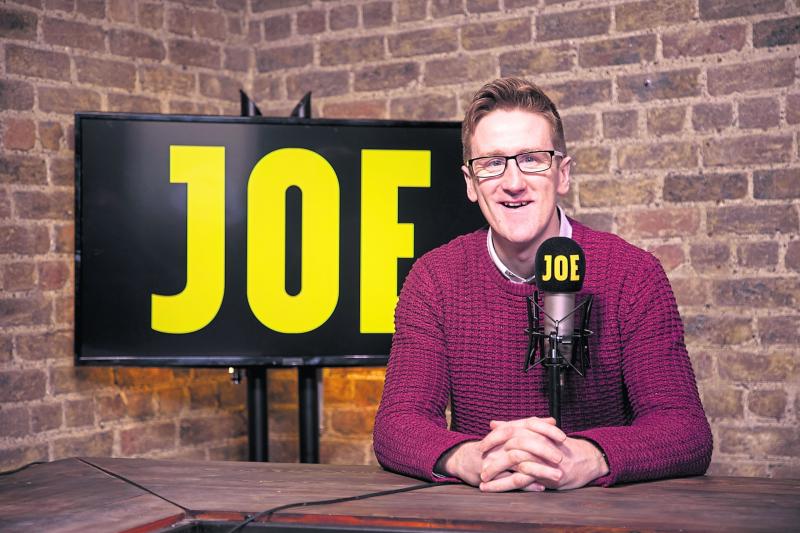 Conán Doherty has been appoined Content Director of the Dublin-based media company, JOE.

A Derry man has been appointed to one of the top media jobs in Ireland.

Conán Doherty has been promoted to Content Director of the Dublin-based media company, JOE.

JOE is a huge online brand under the umbrella of Maximum Media which operates across a number of websites, including JOE.ie, SportsJOE.ie and Her.ie.

Across all its social media platforms, JOE and SportsJOE have almost two million followers.

Doherty, who is from Shantallow, started his journalism career in the Derry News as an intern in 2011 before taking up a full-time role for three years.

The 31-year-old began employment with JOE as a sports journalist at the end of 2014.
Within three years, he was made editor of SportsJOE.

He has now been promoted to one of the top positions within the company.

Doherty, who is a former pupil of St. Columb’s College and Bunscoil Cholmcille, said he was delighted to take up the new job.
“It’s very exciting. I think we’re already producing some real class pieces to watch, to listen to or to read and the idea is to just keep doing the good stuff,” said the local man.

“The new job means I’ll be working across both JOE and SportsJOE now so there’ll be an opportunity there for me to help make an impact on matters outside of sport. And I’ll finally get a day or two off from stressing about Derry GAA.

“The brand is already a powerhouse and the production team and facilities we have down here – as well as all the talented journalists – means there’s always a cracking buzz around the place and it’s honestly a pleasure to be involved in some of the stuff we put out.

“JOE has always been fun and entertaining and very relatable to people all over Ireland but it’s also been at the forefront of genuinely changing lives.

“If you look at the work that was done around the repealing of the 8th amendment, the same sex marriage vote, the amount of important videos and events produced around mental health, or even the volume and quality of stuff that’s going out now ahead of the General Election, you’ll see just how much it can affect people in a really positive way.

“My job now is to make sure we do more of that and to look at ways our content can be commercialised.

“But, first and foremost, to make sure we’re all producing the sort of content that can really make a difference, whether that’s offering people enjoyable entertainment, telling inspiring stories or actually helping to change lives.

“But I still haven’t had an education like the one I got in the Derry News!”