"We must hold hands not grudges," says Reverend David Latimer as he celebrates his final service at First Derry Presbyterian Church 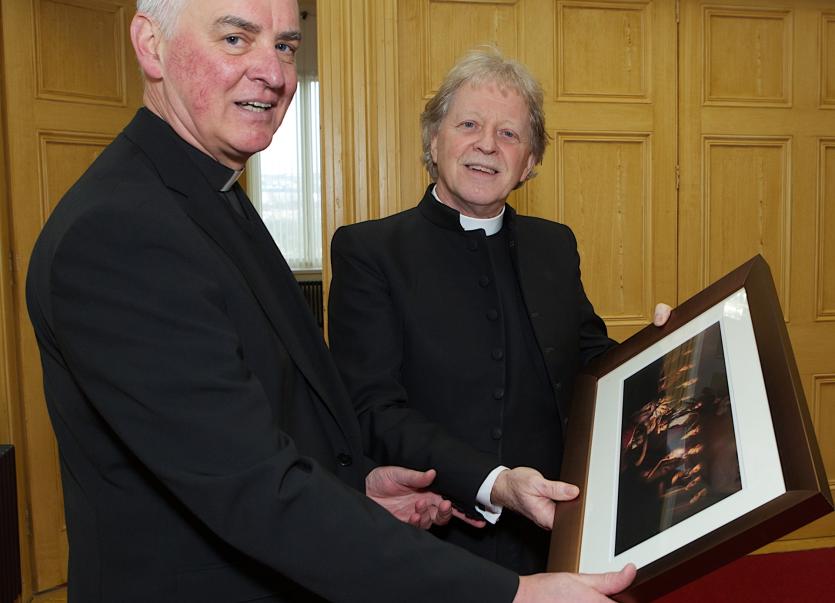 One of Derry's most prominent clergymen today celebrated his last official service at his church.

Reverend David Latimer is retiring after 32 years as a minister at First Derry Presbyterian Church.

Reverend Latimer came to prominence in the last decade through his friendship with Sinn Fein politician and former IRA man Martin McGuinness.

From that first meeting developed a friendship between the two men which attracted admiration and criticism.

Reverend Latimer has spoken of how some of his congregation who had lost loved ones at the hands of the IRA could not accept his friendship with Mr McGuinness, who died in 2017.

However, the local clergyman, who was originally from County Down, said that his relationship with Mr McGuinness was part of a reconciliation process between different communities.

Among the packed congregation were members of Mr McGuinness's family along with leading Sinn Fein figures.

Speaking at the service, Reverend Latimer said he was sad that Mr McGuinness could not be with them but was grateful that his wife, Bernie, and other family members could be there.

He said it was important that communities reached out the 'hand of friendship' to each other.

“We must hold hands, not grudges,” said Reverend Latimer.

The service was co-celebrated by local Catholic priest, Father Michael Canny, who paid tribute to his colleague.