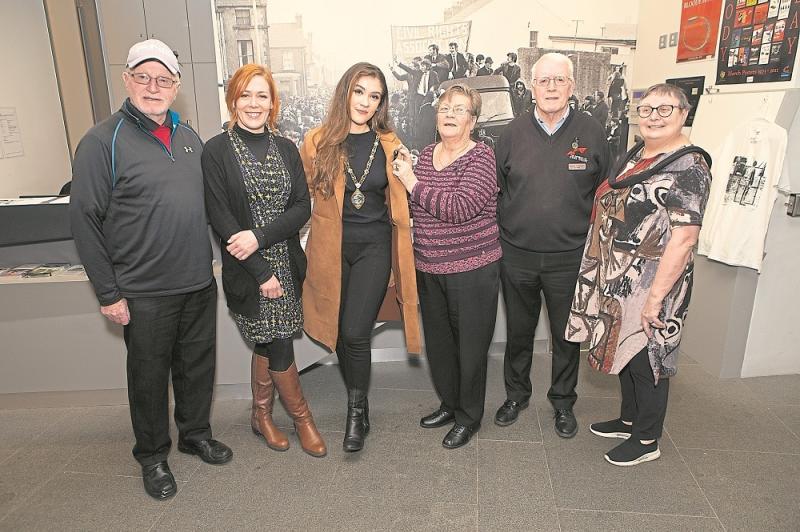 A British human rights campaigner and an award-winng film maker will be among the special guests who will speak at a varied programme of events organised to mark the 48th anniversary of Bloody Sunday.
Human rights campaigner Peter Tatchell will be joined by Sara Canning, partner of journalist Lyra McKee who was shot dead by the New IRA in the city last year, at the opening of the exhibition 'Queering the North' in the Museum of Free Derry on February 2.
The exhibition will be the first to present the unique LGBT+ history of the North of Ireland from 1967 to the present day.
Queering the North will be on display in the Museum of Free Derry throughout next month and will then travel to other venues across Ireland and beyond.
Peter Tatchell  is a British human rights campaigner, originally from Australia, best known for his work with  LGBT social movements.
In the 1990s he campaigned for LGBT rights through the direct action group OutRage!, which he co-founded. He has worked on various campaigns, such as  Stop Murder Music against music lyrics allegedly inciting violence against LGBT people and writes and broadcasts on various human rights  and social justice issues.
He attempted a citizen's arrest of Zimbabwean President Robert Mugabe in 1999 and again in 2001.
Sara Canning, like her late partner, is a dedicated campaigner for the rights of the LGTB community.
On Thursday next, January 30, the Nerve Centre cinema will host a unique discussion on filmmaking with BAFTA-winning screenwriter and producer, Jimmy McGovern, creator of Cracker, Hillsborough, and the 2002 drama documentary Sunday, based on events of Bloody Sunday.
A patron of the Bloody Sunday Trust, McGovern will explore the art of storytelling through the lens of his own critically-acclaimed work.
The retiring minister of First Derry Presbyterian Church, Rev Dr David Latimer, will deliver the annual Bloody Sunday Lecture which will take place in the North West Disability Centre located at the old railway station on Foyle Road.
Rev Latimer has proven to be a great friend of the Bloody Sunday families, and has spoken passionately and eloquently at the monument each January.
He will address issues critical to the legacy of conflict, remembrance, and our future on this island from his own perspective.
The annual lecture event will be chaired by journalist and commentator Paul McFadden.