Get ready for the Big Garden Birdwatch

The 41st RSPB Big Garden Birdwatch takes place at the end of this week and the charity is calling on the people of Derry to take part. 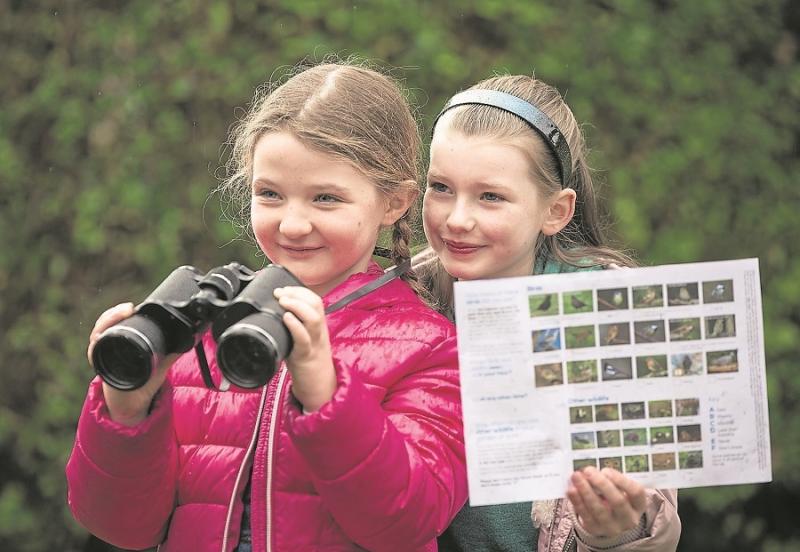 The 41st RSPB Big Garden Birdwatch takes place at the end of this week and the charity is calling on the people of Derry to take part.
Up to half a million people are expected to watch and count their garden birds during this year’s event taking place this Saturday, Sunday, and Monday, 25-27 January.
The Big Garden Birdwatch is now the world’s largest garden wildlife citizen science project, with hundreds of thousands of people volunteering their time.
The survey to date has provided the RSPB with nearly nine million hours of monitoring garden birds - counting 137 million of them.
People are asked to spend just one hour watching and recording the birds in their garden or local green space and then submit their results to the RSPB.
The results give an astonishing amount of insight into how our wildlife is faring.
Last year, house sparrows were the leaders in Derry, while starlings were the most-spotted birds in Armagh and Tyrone.
Some of the less common birds to be spotted across the North included great spotted wood= peckers, yellowhammers, sparrow- hawks, goldcrests and fieldfares. There was one new entry in the top 10 in Northern Ireland last year, with coal tits replacing collared doves at no.10.
For four decades, Big Garden Birdwatch has highlighted the winners and losers in the garden bird world.
It was one of the first surveys to alert the RSPB to the decline in the number of song thrushes in gardens. This species was a firm fixture in the top 10 in 1979 but 30 years later its numbers were less than half those recorded in 1979.
By last year, numbers of song thrushes seen in gardens have declined by 76%, coming in at number 20.
Anne-Marie McDevitt, RSPB NI head of species, said:  “The popularity of Big Garden Birdwatch shows just how passionate people are about their wildlife. Everyone has a role to play in saving nature and protecting our wildlife. it’s great to have a reason to sit back and relax and just enjoy birds and wildlife for one hour, knowing that you’re contributing to the world’s largest wildlife survey. It gives people a perfect opportunity to connect with nature. Often you can be amazed at the types of birds you’ll find in your garden. If you’re not sure about the birds you’re seeing, pick up binoculars if you have them and you might get a pleasant surprise and realise you have a goldcrest or redpoll or bullfinch or some other lovely bird that you might not realise visits your garden. You’ll be able to identify them using your Big Garden Birdwatch pack or the RSPB website.
“The Big Garden Birdwatch allows us to monitor trends and helps us understand how birds are doing. If people can spare an hour and help us with this ‘citizen science,’ it lets us create a valuable snapshot of bird numbers across the UK.”
To take part in the Big Garden Birdwatch 2020, watch the birds in your garden or local park for one hour at some point over the three days. Only count the birds that land, not those flying over. Tell the RSPB the highest number of each bird species you see at any one time – not the total you see in the hour.
The parallel event, RSPB Big Schools’ Birdwatch, takes place between now and 21 February.
Almost 7,000 children took part in 103 schools across Northern Ireland last year. Further information can be found at  www.rspb.org.uk/ schoolswatch
For your free Big Garden Birdwatch pack, which includes a bird identification chart, plus RSPB shop voucher and advice to help you attract wildlife to your garden, text BIRD to 70030 .