“Gas to the West” pipeline, bringing natural gas to Derry, has been completed 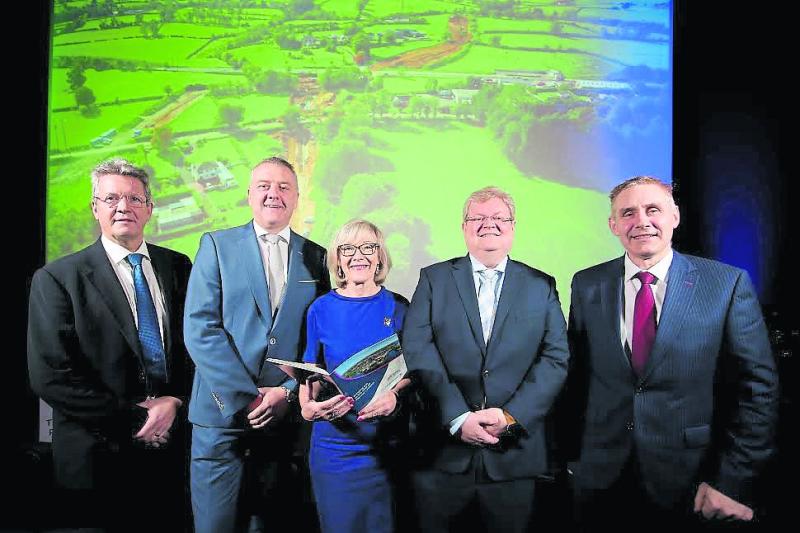 The main construction phase of the “Gas to the West” pipeline, bringing natural gas to Derry and other major towns “west of the Bann,” has been completed, it has been announced.
The announcement was made at an event held to thank the local community, business partners and stakeholders who have supported the successful delivery of the project.
Representing an investment of over £250 million, the “Gas to the West” project is being delivered in partnership between SGN Natural Gas and Mutual Energy and has the potential to meet the energy needs of up to 40,000 homes and businesses across Counties Derry, Fermanagh and Tyrone.
The final piece of the new network was commissioned in December last year with natural gas now available to Artigarvan, Coalisland, Cooks-town, Derrylin, Dun- gannon, Enniskillen, Magherafelt, Omagh and Strabane.
Approximately 500 jobs were created during the construction phase which was applauded for its technical innovation including traversing almost 50 river crossings and significant roads including the M1 motorway.
The recent delivery of the network to the gateways of all the target towns is a major milestone for what is widely regarded as one of the most significant energy infra- structure projects across the province in a generation. It is anticipated that when fully completed, almost 600 kilometres of pipeline will be in the ground in the wider network area.
Leading Northern Ireland manufacturing companies who have already converted their production lines to natural gas across the newly extended network area, include LacPatrick Dairies, Encirc, Dale Farm, Moy Park and Linergy.
Economy Minister. Diane Dodds, has welcomed provision of the new gas infrastructure.
She said: “I would like to congratulate Mutual Energy and SGN Natural Gas, and their contractors, on their success in delivering this significant energy project.
The project has been supported with grant funding up to £31.6 million administered by the Department for the Economy.”
“I look forward to the continued roll-out of new gas distribution networks in each of the eight towns in the West, eventually providing some 40,000 business and domestic consumers with additional fuel choice and increasing the potential for businesses, the public sector and households to use a cleaner, more efficient fuel.”